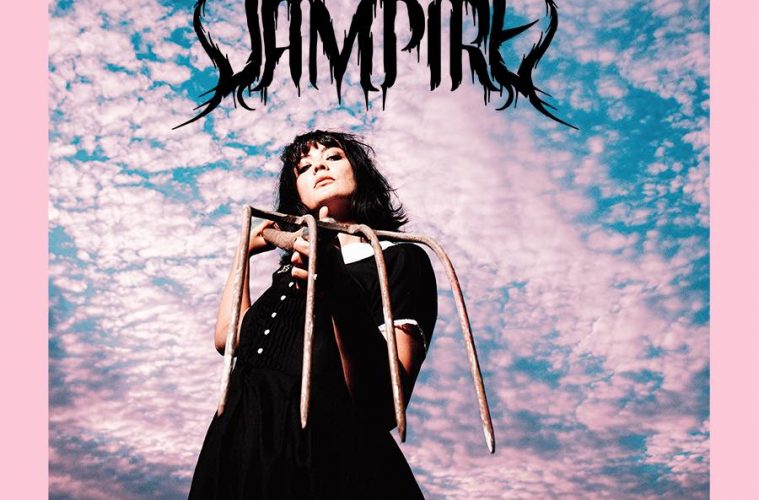 What a way to turn the momentum back up to maximum: Saint Agnes have returned. Mini-album Vampire is a feverishly exciting listen blending horror-punk, metal, and deathly electronica, and it comes just in time to remind everyone that Saint Agnes are ready and waiting to take over the rock scene. After live shows pre-COVID supporting the likes of Ho99o9, and sell-out headliners all their own, Saint Agnes were fast outpacing 150-cap venues, just with the tiny issue of not being able to play any shows for a year. Vampire proves that their ferocity has only blossomed into an untameable beast over lockdown – it’s a raging six-song vortex of grisly punk riffs, screeching sound effects and urgency propelling Saint Agnes back to the top.

REPENT. Vocalist Kitty A. Austen snarls out the title phrase of the mini-album’s opener with divine intensity; it’s the first of many religious images peppered through Vampire, employed to stunning effect. It’s impossible not to be possessed by the refrain and angular pulse of the instrumentals, as Saint Agnes tear their way through the best possible intro that Vampire could have had. There’s barely a moment for pause, as we’re propelled straight into the dizzying title track that follows, equally vicious. Saint Agnes know how to mix it up without straying from the heaviness, though – Vampire is a pinwheeling emo-tinged singalong, their cover of Grinderman’s No Pussy Blues dips into stompy, spit-the-words-out punk, we get off at every stop on the tour of how much impact it’s possible for noise to make.

Part of what makes Vampire so good is that every song is completely addictive. Austen’s magnetic, sprawling range of vocal delivery provides a compelling focal point in the flourishing chaos of the instrumental, swinging between the soaring high notes of I’m With You Everywhere You Go and the gritted-teeth growls of classic punky moments in Wish (another cover, frenetically and excellently tackling Nine Inch Nails this time), and the sheer gothic power of This World Ain’t Big Enough. Fuzzed-up, distorted backing vocals from bandmate Jon James Tufnell add a luscious (and a little disturbing) layer to the haunting world of Saint Agnes’ sound – the devil’s in the details.

Vampire is a thrilling listen, hearts guaranteed to be racing for the all-too-short 20-minute runtime (whether that feeling is fear or allure, it can’t quite be said). Vampire is whimsy with needles poked through the eyes, it’s a grotesque ball held in a dark alleyway, and it’s a bloody gorgeous offering. Saint Agnes have reawakened.

Vampire is out now.