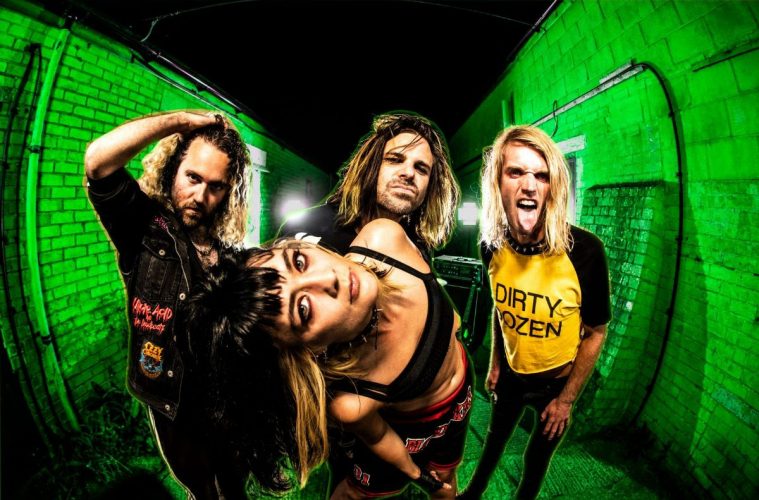 Armed with their first release since March mini-album Vampire, Saint Agnes are gearing up for the fight of their lives. Uppercut! is exactly what it says on the tin – a vicious, snarling horror-punk banger sure to knock you out cold. Powered by grueling drums and manic vocals, this is a track designed for carnage – and we’re absolutely here for it.

Uppercut! immediately pulls the rug from under you – Saint Agnes waste no time, diving straight into the grit of the track. Intimidating, frazzled synths clash heads with a chillingly-cool bassline, offset by crashing drums. The entire soundscape feels unhinged, battling against itself – all before Kitty A Austen’s vocals hit the scene.

Austen delivers a cut-throat performance; her sharp vocals dominate and command the track, further riling up the chaotic energy. When the chorus hits, Austen’s fierce delivery reaches its peak, demanding movement at any cost. As the track descends into sonic disarray, you can envision the mayhem live – the packed clubs, elbows flying, sweaty moshpits absolutely thriving with energy.

This track serves as the perfect addition to Saint Agnes’ back-catalogue, highlighting just why these horror-punks are gaining traction. The quartet are set to go on their first headline tour this October, starting on the 17th, and this track is guaranteed to be a perfect addition to the setlist.