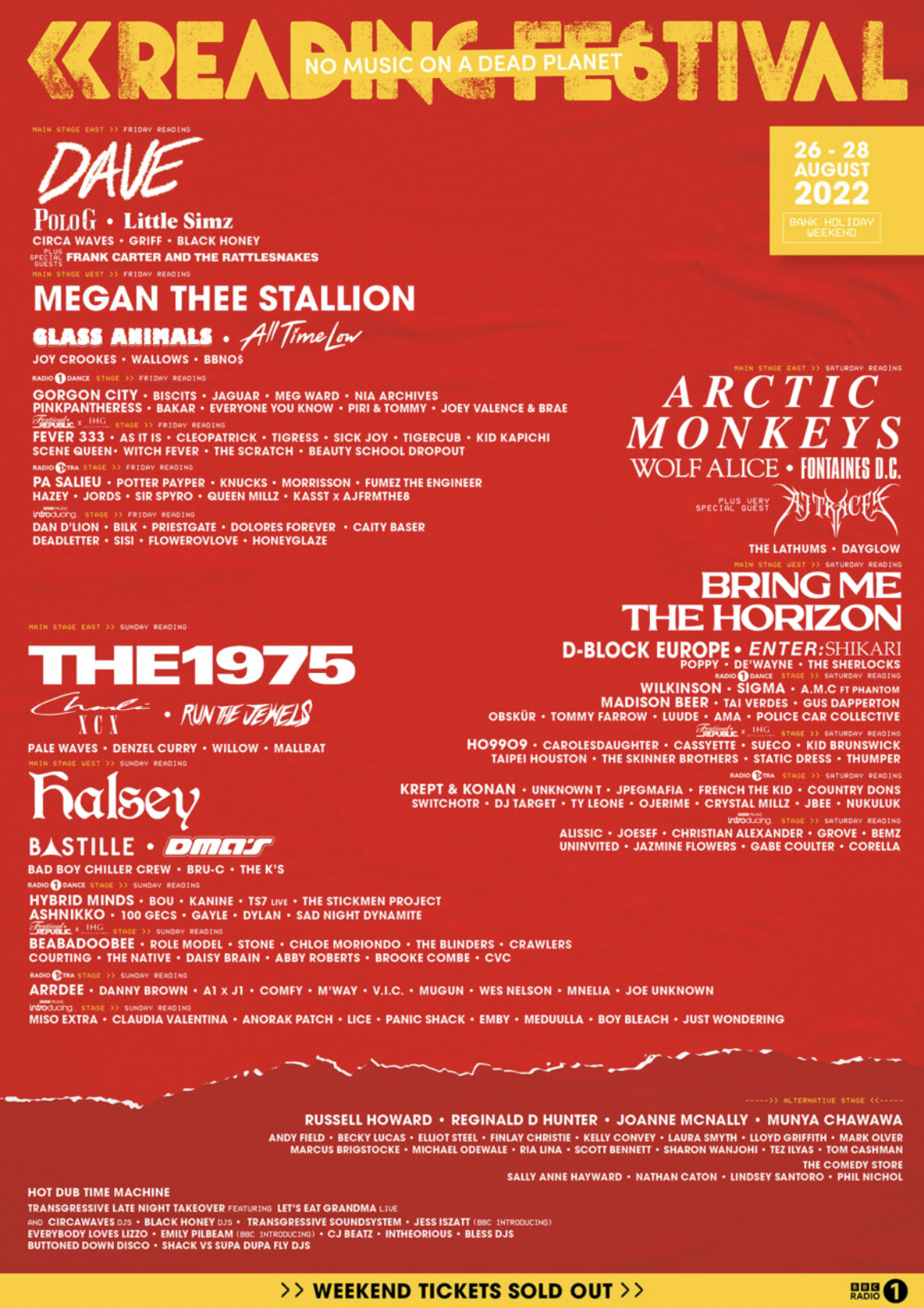 So, now that Reading and Leeds’s 2022 instalment is just around the corner, the set times have been unleashed on the app, the full lineup is in its (hopefully!) final iteration… Dare we all start planning who we’re going to see? If you’re feeling a bit spoilt for choice, we don’t blame you. But we’ve done the legwork to dig out the top 5 alt and rock highlights you might not be switched onto quite yet, to make sure you don’t miss out on the set of a lifetime this weekend.

If you’re not cruising at 100mph on the Scene Queen train already, don’t worry – there’s still time to prepare for the most fun set you’ll see all weekend. Her Bimbocore stylings bring together the Barbie-bright and the heavy bite, with moments fit for a wild mosh, and others more suited to her trademark ‘twerkle pit’. Get involved, and come ready to party.

(Also, it’s not gone unnoticed that she’s in the hallowed Creeper/Wargasm/Stand Atlantic slot that’s always been a precursor to a stratospheric rise… Bring it on…)

Catch her at 3pm in the Pit (now known as the Festival Republic stage all weekend, but it’ll always be the Pit to us) – Friday Reading, Saturday Leeds.

Beauty School Dropout have got something aggressively good nailed down – elements of emo-rap, punk, and pure pop appeal merge together in a dark cocktail that’s been approved by many of rock’s greats – Fever 333’s Jason Aalon Butler, Travis Barker, Pete Wentz… those are the people you want behind you if you’re out to make a storm of a cross-genre debut, and Beauty School Dropout deliver.

Catch them opening up the Festival Republic stage at 12.30 on Friday at Reading, Saturday at Leeds.

Daisy Brain’s introspective emo feels like the sort of talent that Reading and Leeds have long been breaking at those legendary early Pit sets that you stumble up to bright-eyed on your first pint and find yourself blow away by a new fave. With many a yell-along chorus and grungy riff you can throw yourself into even if it’s unfamiliar, we’re likely to see Daisy Brain back and climbing that lineup in years to come.

Catch him bringing the emo flavour to the Festival Republic stage at 2.50, Sunday Reading/Friday Leeds.

Sitting a little higher up the lineup than a lot of this list, we can’t resist getting in a touch of Cassyette hype while her star is just about still rising – because we suspect it’s almost time for her to ascend to superstar levels. Slots supporting the likes of MCR probably helped a bit, but it’s her knack for bringing in surreal sonics, sunny singalongs and lots of vivacious energy that’s seen her take stages by storm this summer so far. Let’s go out on a high!

After proving their chops at 2000Trees, we’re fully convinced that Panic Shack’s BBC Introducing set is going to be unmissable. There are a lot of heavy hitters on the lineup, and Panic Shack fulfil that same descriptor but with a good lot of fun thrown into their punky sound. Packed with technicolour monologues and bouncy riffs, rain or shine they’ll be a blast of light.

Catch them on the BBC Introducing stage at 4.30, Sunday Reading/Friday Leeds.


Tickets are sold out, sadly, but you can keep up with all things R+L here.