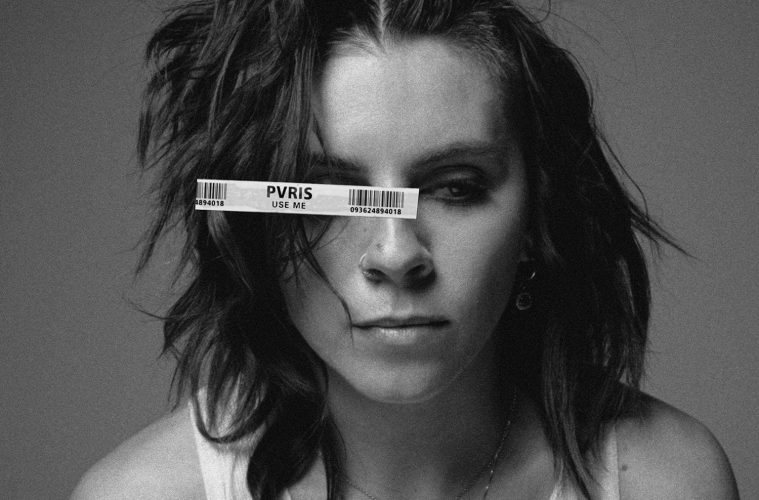 PVRIS, Use Me
Warner

With a slew of incredible singles, hype for PVRIS’ latest album has been massive, and now that it’s been unleashed, it’s crystal clear that all the hype was more than deserved. Lynn Gunn has been an icon in the rock scene since PVRIS’ debut all the way back in 2014, and Use Me sees her cooler, more confident, and more viciously ambitious than ever.

Striking out as PVRIS’ sole creative driver, Gunn has created a record that seamlessly blends hissing rock, dark electronica, and ethereal dream-pop into a piece that despite its blurred boundaries is unmistakeably PVRIS. The silver-sharp vocals are definitely the thread that weaves the album together – Gunn’s performance is immense, from the savage, urgent opener Gimme A Minute to the soaring, gorgeous title track Use Me.

PVRIS shine as brightly on their ballads as they do on their explosions of energy, and Use Me features both, as well as tracks where both sides of PVRIS collide for a melee of haunting hooks and harsh beats. Early single Hallucinations set the tone perfectly for PVRIS’ dance-emo perfection, and they definitely deliver – album closer Wish You Well is the most melancholy we’ve ever heard bouncy synths sound; Stay Gold is expansive, joyful and poignant at the same time. Use Me sounds like Against The Current in black and white thrown together with undercurrents of burning angst; it’s PVRIS at their most exciting.

Longtime fans might lament the lack of tracks that really dig into the heavier side of PVRIS, but there’s definitely something here to whet the appetite of listeners looking for the rockiest they can offer. Gimme A Minute kicks off the album on a breathlessly intense note launching into Dead Weight, Use Me’s rowdiest moment. However, Use Me proves that PVRIS don’t need to go fast to be furious – the heavier tracks here are more slow-burn, oozing confidence and building gradually to their eruptions rather than hitting all at once. Some of the album’s peaks are deceptively gentle.

Not for the genre purists, Use Me is a masterpiece in mixing pop and rock to create a record that’s truly irresistible. Lynn Gunn has nailed down intensity, catchiness, darkness and glimmering light to create a record that doesn’t just stick at the heights of PVRIS’ previous records – it soars to all-new heights in whole new ways.

Use Me is out now.