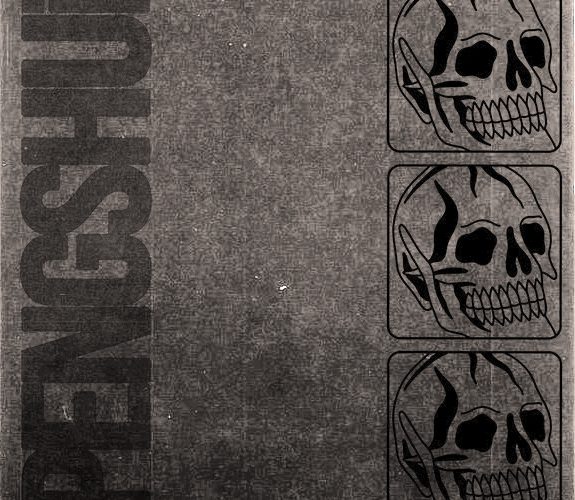 It’s here – its release date may have shifted due to signing with MVKA Records, but PENGSHUi’s self-titled debut is finally out and ready to rumble. A gorgeously produced fusion of grime, drum ‘n’ bass and raw energy, PENGSHUi is a proud, prowling beast of an album that should not be missed.

Opener Wickedest Ones sets the bar, fierce bass and heavy drums luring you irresistibly into PENGSHUi’s lair. As soon as Illaman calls to ‘come on…’ you’re fully trapped, plunged into their world of rough grime. The entire track feels like a neck workout; it’s impossible to stop bopping your head along to the infectious drums as Illaman spits out his charged, confident bars.

What’s so brilliant about PENGSHUi is their ability to fully rile you up. Nobody Cares deliberately feeds into our animalistic desire to crash into a mosh pit, Prav’s drumming gradually speeding up, teasingly, as Illaman yells ‘round and round we go, round and round we go-’. Lights Out also has a constant beat that builds the tension, delightfully drawing you into the raucous climactic chorus of ‘LIGHTS OUT!! LIGHTS OUT!!’. The album is brilliantly structured, interludes acting as ‘very, very nice’ teasing tracks, Illaman’s deep MC voice keeping you on the edge of your seat inbetween the other heavy, energy-intense tracks.

The guys are somehow able to fuel you with just the right amount of aggression, before allowing you to funnel this venom into angered choruses and hooks. The injection of punk into their tracks adds a flare of adrenaline, a slowly building tongue-in-cheek rage. Wickedest Ones has you desperate to yell along ‘OI, YOU, LEAVE IT OUT!’, while Leave It’s dirty electronic haze provides you with a beautifully angered yell of ‘SHUT UP! LEAVE IT! DICKHEAD! SNAKE!’. Wiseman’s anger appears more collected, but the frustration in Footsie’s devilishly cool condemning of ‘wiseman talking shit’ is blatant.The trio’s frustration with ‘dickheads’ feels incredibly English (who doesn’t literally hate 90% of people?), totally unifying and, paired with their vicious beats, makes for a perfect live show.

We’ve previously labelled these guys ‘punk ‘n’ bass’, and we weren’t joking – they take all that you love about punk and lob it into bed with drum ‘n’ bass, and the offspring is an absolute delight. PENGSHUi’s debut showcases exactly why these guys are Kerrang!’s Fresh Blood, a half-hour encapsulation of pure class. It’s short and absolutely blinding. Absolutely sweet.

PENGSHUi is out now via MVKA Records.