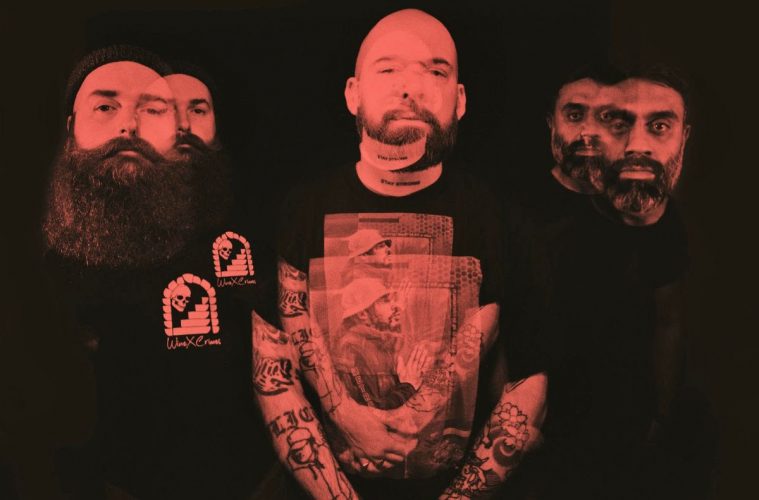 Why are we starving… when we have the rich to eat? Punk’n’bass juggernauts PENGSHUi are back with a heavy-hitting new single, Eat The Rich. This raucous call-to-arms serves as a vicious bite at corporate gods, deliciously fierce from start to finish. Following on from the trio’s 2020 self-titled debut, Eat The Rich once again embodies that brutal gut-punching energy that we know and love.

As always, PENGSHUi’s sound is faultless. It’s impossible not to be sucked in by their heavy sound, a combination of pulsing grime and bold drum n bass. The addition of MC Illaman’s vocals really add that extra edge; Illaman’s flow is impassioned and raw, making every lyric cut deep.

And boy are those lyrics SHARP; lines like ‘slave labour didn’t die, they just put it in a uniform’ absolutely stop you in your tracks. In many ways, PENGSHUi are wordsmiths – their lyrical back catalogue is impressively diverse. While some may be blinded by PENGSHUi’s more tongue-in-cheek calls of ‘SHUT UP! LEAVE IT! DICKHEAD! SNAKE!’, there’s so much beyond that. Yes, these guys can knock out some banter, but that doesn’t mean they can’t also spit out lines that condemn the immorality of an imbalanced social hierarchy. If anything, it makes the serious lines burn even more fiercely – when PENGSHUi mean business, nobody is safe.

Eat The Rich has a punk-attitude that is absolutely irresistible. It feels like such a tease to listen to this, as it’s a guaranteed moshpit anthem – there is no way this track could be played live without every single person present screaming back “EAT THE RICH!”. All we can do for now is blast out PENGSHUi and dream of the next time we’ll be able to catch them in the flesh…