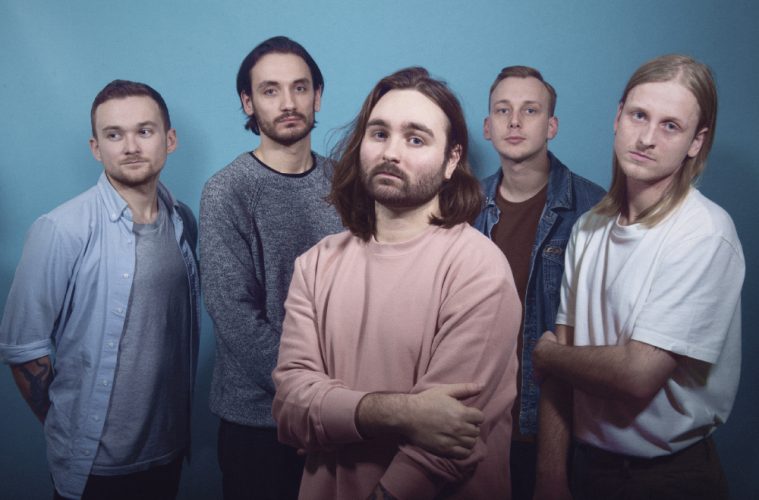 “Wallflower shows are going to be a wholly different experience when we start playing these songs.” – One Month On From Teach Yourself To Swim with Wallflower’s Vini Moreira-Yeoell

It’s been just over a month since Teach Yourself To Swim erupted into our lives, and it’s been a month since said lives have been better for it. Wallflower have gained a staunch gang of fans and we’re certain they’re only going to keep growing, and we were lucky enough to grab a chat with frontman Vini Moreira-Yeoell about the record, its reception, and the world of Wallflower.

It’s been a long road to get to the release of TYTS: “we’ve kept it no secret that It took us a little while to get the record released, it had been fully finished for over a year before we even released the first single and announced it.” Says Vini. Corona, however, wasn’t a stopping factor – “there’s lots of artists that have postponed releases which totally makes sense, but for us it felt like it was just the right time to do it despite the issues we might face. We just felt like we were ready for it to be out after a lot of waiting.” Has the COVID crisis proved a strange time for people to be receiving a record in? “It’s definitely a weird time, all the stuff that normally comes with it like touring and promoting the record to new ears has to take a back seat for now but the reception has been really positive. Lots of people have gone out of their way to talk about the songs with us so we’re really pleased that the album has already had an impact.”

TYTS is definitely a very powerful listen, albeit a challenging one, but this really works for Wallflower! “Yeah, we’re definitely not putting smiles on peoples’ faces! But we’ve always felt that its important that people can apply their own experiences and feelings to the songs. Writing the lyrics was definitely an empowering process for me on a personal level, a lot of the themes are presented in a way that’s linked with my own circumstances, however I always wanted moments of different perspectives and viewpoints that didn’t necessarily align with my own. Mental health is at the forefront of almost every track on the record and there are songs that are written from a negative place, that is intentional. In the conversations around mental health we spend a lot of time avoiding even acknowledging our worst moments and I think that can be a dangerous path to walk to ‘getting better’.”

So how does the title Teach Yourself To Swim play into that? “You can interpret the title in many different ways. For me, it’s learning to accept that things aren’t always going to be perfect. Living a life constantly waiting for the day you wake up and have everything figured out is a pretty unhealthy way of coping. Putting yourself out there and making an effort to be better than yesterday’s version of you, that’s what we wanted to illustrate.”

A month on from the release, gauging fans’ reactions to what’s been put out must be one of the most nerve-wracking parts of being in a band, but also one of the most rewarding, especially after waiting as long as Wallflower did to release. “There are definitely songs we were very eager for people to hear. I know that tracks like Further Down, Blood & Stone and Doom In Your Head were songs we were very excited to have made, we have always wanted to make songs like them and they came out better than we could have hoped.” And on the more nervous side? “Dread was a song we were apprehensive about putting on the record, it’s very different to anything we’ve ever done. It’s short, it doesn’t slow down and it’s way more of a straight down the road than anything we’ve written previously. But people seem to really like it so that’s pretty cool.”

Despite the fact that live shows feel like a distant memory or a pipe dream, TYTS is set to be a riot, and Wallflower have well established themselves as a great live band. Is putting a song onstage something they consider during the writing process? “Absolutely. We’ve always tried to find a balance between live and the studio, but we’ve never limited ourselves to the instruments we have available onstage. If something is necessary to make a song the best version of itself we will use it. That being said, we’re also hugely passionate about our impact through performance, so we rework things to suit the atmosphere of a show.” There’s a lot of effort goes into making sure of this too – “before we went into the studio we spent two weeks straight in our practice space playing the songs over and over. That process really helped us figure out where the energy of those songs came from, we’re really excited to start incorporating them into our sets when the time comes. I think Wallflower shows are going to be a wholly different experience when we start playing those songs live.”

Wallflower’s scene and the live shows they play are a tight-knit community of fans, but doesn’t actually align with acts Vini associates Wallflower with. “The record is pretty varied and it was very intentional for us to take influence from many different places, but our biggest ones are bands like Radiohead, Paramore, Manchester Orchestra. We might not directly sound like them, but their ethos is something we really look up to. They’ve evolved from record to record, and we’ve always been enthusiastic about the idea of reinventing ourselves from record to record. I see a lot of comparisons to bands we’ve toured with like Boston Manor, Decade, Milk Teeth… Admittedly I cant always see the similarities musically, but we have a huge amount of respect for those artists. Without the people that surround us, we’d never move in any given direction with what we do, and that’s something we don’t ever take for granted.”

One comparison that’s plagued Wallflower from the start is the almighty buzzword of ‘emo’. How does Vini feel about that? “I think it probably bothers us a lot less than it may have done a few years ago. Based on my own personal understanding, I wouldn’t say we’re inherently an emo band, but there’s definitely been a shadow of its influence over things we’ve done. Emo music has always adapted and evolved, we have no problem with being involved in its progress and transformation.” Emo isn’t the most far-fetched comparison you can make with Wallflower, at least: “people have gone as far as to call us a pop-punk band before which is just funny to us. Sonically, I don’t feel like that’s something we have touched or are represented by, I think people just make the assumption based on the shows or festivals you play… call it lazy, call it efficient.”

Now that TYTS is out for all ears to hear, what are Wallflower looking for next? “Honestly, who knows! I hope that we can all get to the end of the year speding more time looking after one another. COVID-19 and the recent Black Lives Matter protests have blown huge holes in how our society functions and how inequality and inaction affects us all; there’s some really important steps forward in the conversations that are being had. We’ve started to see change through people standing up and saying they’ve had enough, we should only see that as the start. Moving forward shouldn’t just be about ticking boxes on our social media accounts, but taking actions whilst educating ourselves on what we can do to be better.” Well said, and we can’t wait to hear more – both from Wallflower, and the world.

Teach Yourself To Swim is out now.