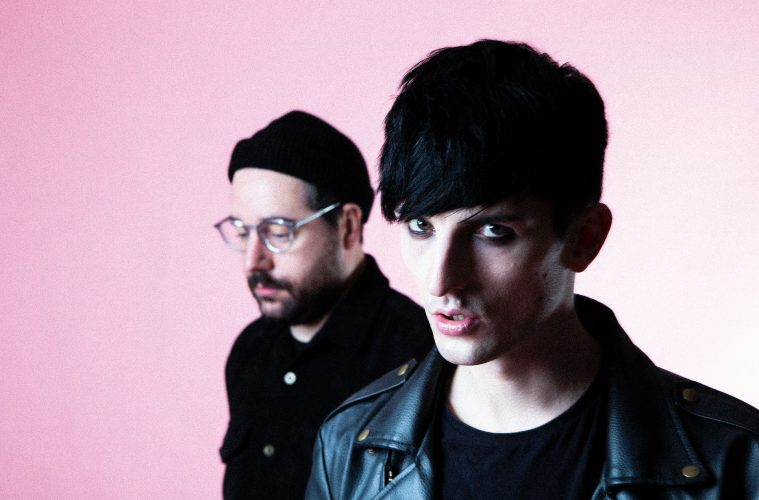 Just over a week into October, waiting for spooky inspiration to strike, out of the gloom comes the certain promise that one band must be our Band of the Halloween Month – it’s Salem. They burst into our lives barely days ago, but already, they feel like a beacon of light, albeit the most black-clad, pocket-knife-wielding, shadowy, seductive, vampire-ish beacon of light ever.

After Destroy Me, possibly one of the most thrilling and genuinely enjoyable debut singles of all time, stakes are high for what’s next from Salem. They’ve established their niche fiercely: “songs for people who want to f*ck witches”, and we’re pretty sure we can’t put it better than that. For every inch of slick, latexy charm, Salem also bring an eagerness that’s somehow both lustful and wholesomely earnest: they’re an unapologetic ball of sexy fun, and that’s a guaranteed recipe for a flawless record. The love of what they do seeps out of the seams of Salem, and it’s a joy to behold.

In what’s possibly this month’s most exciting news, not only will the end of October bring Salem’s debut EP, but it’ll also bring their live debut, at a Halloween Cabaret held October 30th at London’s New Cross Inn, and on October 31st at Southampton’s incredible 1865. In the age of shows with seated tables, it’s set to be a punk show like no other – class, chaos, and creepiness sure to abound. Tickets go on sale tomorrow, and they’ll no doubt fly out like bats from a belfry, so make sure you’re on the (apathy) ball.

Tickets are available here, Friday 10am.