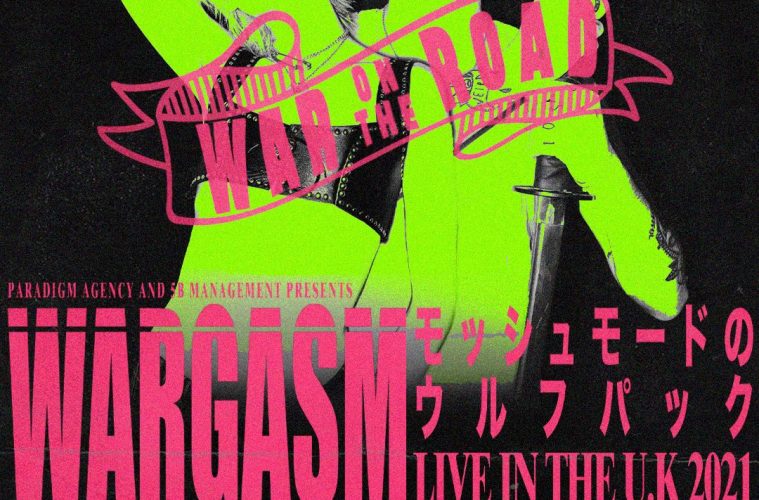 Wargasm have a busy end of the year ahead of them. No, they’re not slowing down. No, they’re not taking it easy. They’re heading out this month for their breakthrough headline tour, and it’s looking set to be awe-inspiring, and then straight after that it’s back off with Creeper, Holding Absence and Static Dress for a Christmas party we’ll never forget. After spending their 2021 being one of the most talked about, relished, and ferocious bands with a rise to scene hero-dom to rival a hundred rockets, Wargasm have saved the best for their final act, it seems.

August’s Salma Hayek was the latest in their run of sensual, severe nu-metal bangers, and the duo are showing no signs of relenting. Their setlist for this tour is guaranteed to be jammed with firepower well beyond the sizes of the rooms the band are set to play – make sure you have your tickets, which are basically insurance on future bragging rights. Iconic spots like Glasgow’s Cathouse, Leeds’s Key Club, Birmingham’s Mama Roux’s, Manchester’s Rebellion – intimate, sweaty, and brilliant. Plus, they’re bringing along Bittersweet favs Death Blooms and Bambie Thug for the ride. Bring it on.

Wargasm have laid the groundwork to continue to explode exponentially after this, and this tour is absolutely set to be a milestone. The fact that they’re straight back on the road with Creeper, who laid the blueprint for the astronomical rise back in 2016, Holding Absence, who are in the middle of their own, and Static Dress, who are also picking up terrifying speed – that’s a tour no one will soon forget. It’s Wargasm’s time to shine supernova bright.