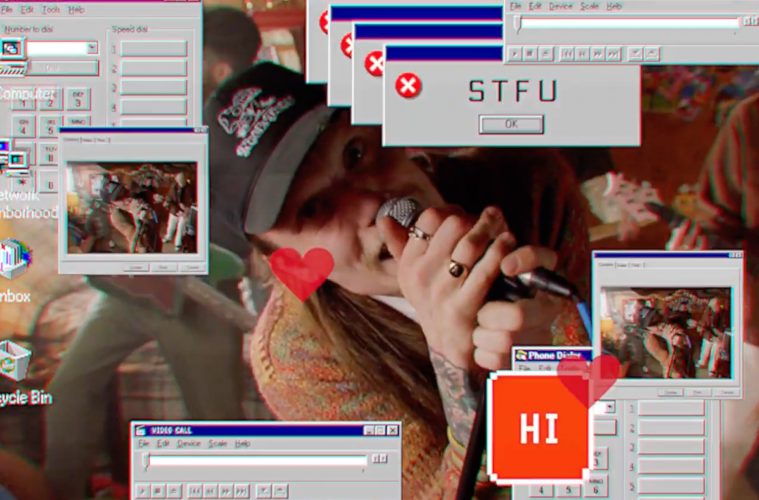 From your dad’s jacket and stolen cigs to crypto and NFTs, Neck Deep roll with the times with the same sardonic, earnest honesty that’s kept them well loved all these years. STFU, their latest, delves into a world that’s far from nostalgic with their trademark definitive-pop-punk bite, and it sees them move in style.

With a rattle of a riff and an instantly-recognisable vocal, Neck Deep don’t so much announce their return after 2020’s All Distortions Are Intentional. More like, remind us that they’ve got range, even within such a distinct sound. In the vein of ADAI’s lead single Lowlife, which boasted lyrics like ‘you’re a normie’ ultra-grounded in the modern lexicon in a way that seemed almost comical, STFU unleashes a contemporary tirade of current-events touchpoints. From Trump to Boris to livestreams to more introspective observations on our culture of validation, social media (though not addressed unsubtly) and cancel culture, Neck Deep satirise and soak in the changes they’ve seen in the world during their time as a band.

It’s not pretentious, though… could Neck Deep ever be? STFU deals with what it deals with in a throwaway, energetic manner that’s so familiar from ND. And it’s even more special because it comes as a single from an independent band – not associated with any label, under their own reign, Neck Deep are just having fun and existing as they please – a good look for them.

STFU is out now.