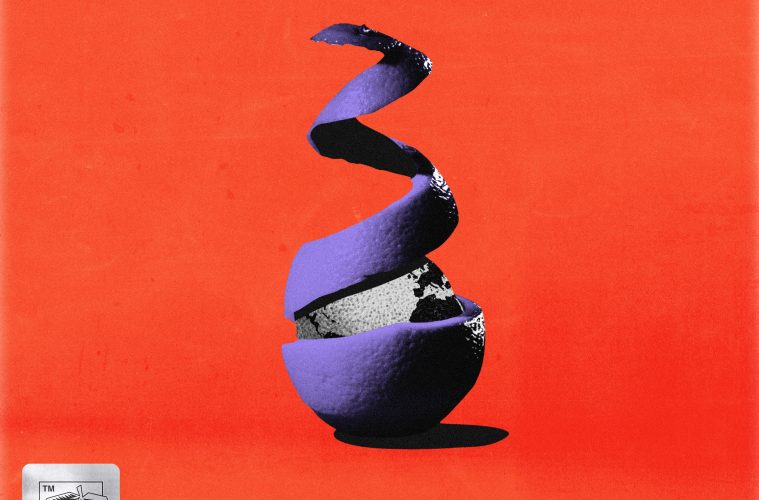 Neck Deep – All Distortions Are Intentional

There’s a reason Neck Deep are the faces of “generic pop-punk”: they’re basically the genre’s blueprint, a household name from their very beginnings, and with their latest record All Distortions Are Intentional, they prove why. As heavyweights of the scene, with legions of die-hard fans ready to throw themselves into anything with a riff and a beat, it’d be all too easy to churn out a record of the same tunes they’ve made before and still have it received brilliantly. But Neck Deep have never stopped pushing at their boundaries, and ADAI puts its stamp on their discography as an instant classic, and their most ambitious, expertly executed record to date.

ADAI is Neck Deep’s first concept album, and it really makes you wish more pop punk bands tried their hand at it! The mystical “Sonderland” is a mashup of Wonderland of the Alice variety, and “sonder”, or the feeling of realising that every stranger has a life story as complex as yours. And in keeping with its setting, ADAI is both an immersive story of the fictional Jett and Alice, and a vividly introspective deep-dive down your personal rabbit hole. Neck Deep weave together themes of external disillusionment, naivety, falling in love, handling all of the above, and what, if anything, it all means. From buzzing single When You Know to the moody semi-acoustic Empty House, Neck Deep both establish their expansive musical range and prove that writing to a concept and writing a cohesive narrative doesn’t mean you have to sacrifice self-contained excellence in each song. Each song shines as a stand-alone piece, impossibly resonant even outside the context of ADAI, but when you put them altogether, they become a supernova.

Despite their conceptual depth, the quintessential Neck Deep is still very much present. From the instantly-iconic mid-2000s esque chord that begin the album’s explosive introduction Sonderland, it’s vividly clear that ND are making these ideas work for them, as we are invited into a world that’s so clearly crafted from the off. Sonderland couldn’t be a stronger start – showing off Neck Deep at their classic best, ready-made to sing at the top of your voice, and ADAI only goes from strength to strength.

ADAI’s singles have been more than promising – the anthemic Lowlife, heartwarming When You Know and I Revolve (Around You), soaring standout Fall and most recently, existential bop Sick Joke. With such a brilliant set of singles it’d be easy for Neck Deep to bulk out the rest with filler – after all, ND filler is still a guaranteed crowd-pleaser! But no, every track has a huge life of its own, each just as intricate as the last. The album is alight with characters and tales that are striking in their reality – Telling Stories’ Emily who could be any of us, the tenderness of the dreamy, acoustic Little Dove, the fierce earnesty of What Took You So Long? in its depiction of the obsessive dependence that can come with love. Neck Deep tackle /everything/ with authenticity and care.

From mosh-pit-ready riffs that remind you why Neck Deep are one of the greatest bands to catch live, to their trademark penchant for leaning into the melancholy for cathartic fan-favourites, ADAI is a refinement of what makes Neck Deep amazing. But there are moments of real difference too, that show ND shedding the chains of their “generic pop-punk” to throw in a new dimension. Most notably, the moody rock of Quarry sees Neck Deep delve into a more low-key style reminiscent of Twenty One Pilots for a haunting, heavy-hitting one-and-a-half minutes. Even album closer Pushing Daisies leaves an echo of Neck Deep with a new lilt, groovy, powerful, nihilistic and massive.

Perhaps the most impressive thing about All Distortions Are Intentional is, as the title suggests, how intentional every part of it feels. Neck Deep have put together a record that is saturated with self-awareness and consciousness of what it is. Nods to what it isn’t include a couple of lyrics about wanting to forget about politics, which in another setting could feel like a cop out, but from the socially vocal Neck Deep it feels more like a conscious committal to their concept. The record isn’t disengaged from the world we live in, it’s a reflection upon it, once removed. All Distortions Are Intentional positively reverberates with relevance, sometimes delightfully, sometimes stingingly – but always stunningly, packed with the heart and soul of Neck Deep.

All Distortions Are Intentional is out this Friday.