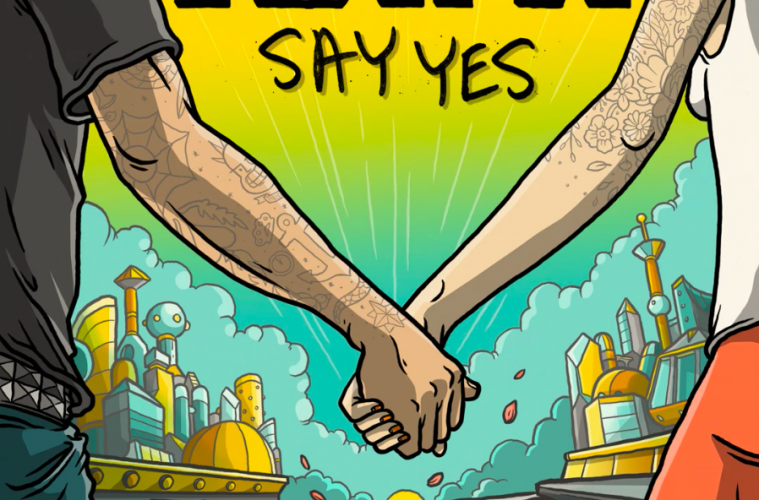 Escape into reality with MxPx and Kalie Wolfe of Rivals – straight from a rock rom-com, Say Yes is one of the most uplifting rock anthems we’ve ever heard. With a healthy helping of ska trumpets, effervescent harmonies, and dizzy happiness, Say Yes is a love song for those who want their hearts to overflow.

It truly feels like it could be taken from the emotional climax, credits-rolling, driving into the sunset at the end of a teenage movie daydream. The feeling of spilling your guts to The One, finally, is terrifying and liberating and exciting and sickening all at once. And MxPx and Kalie nail that feeling. The pace, the rapid-fire bright riffs, the euphoric duet of vocals – all building into the dizzily excited, lovesick energy. It’s one to sing along in your car with all the windows down on the way to see your favourite person in the world remembering how it felt to fall in love, it’s one to smile to nervously on the train on the way to a first date you’ve got a good feeling about.

Whether you’ve been in the situation or not, Say Yes is a song of the summer because it’s got that escapist feeling, like a comfort movie that you know has a happy ending. It’ll have you grinning ear to ear and singing along on a loop, trying to nail down Mike Herrera (vocalist of MxPx)’s parts and chime in with Kalie’s gorgeous perspective all at once. Better get practicing.

Say Yes is out today.