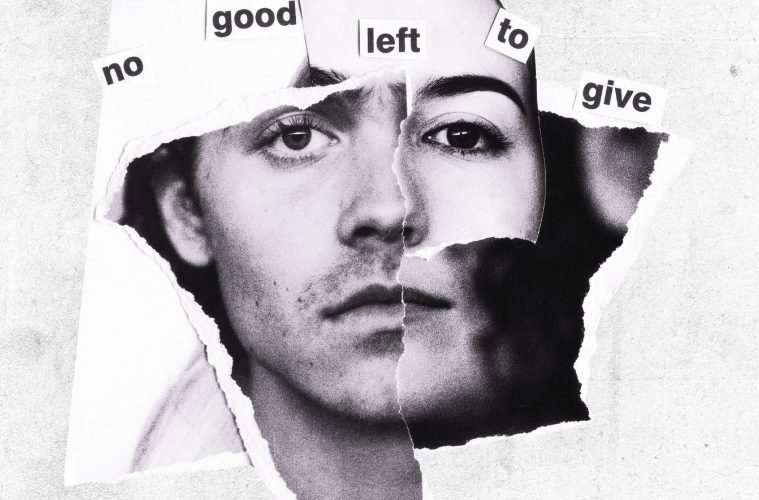 Movements – No Good Left To Give

Movements, No Good Left To Give
Fearless Records

No Good Left To Give – an ironic title choice for Movements’ second full-length release, as what they’ve created is actually a triumphant promise that they’ve got so much good to give. NGLTG is 45 minutes of emo-rock that’s both classic and cutting-edge, an ambitious take on a genre that’s been done to death, and is all the better for it. Movements blend all their well-loved sensitivity and heaviness with a subtle self-assuredness – they know they’re on top of their game.

The first two tracks of the album set the tone for the rest with fearless confidence. Leading with a downbeat slowburner is a bold move, but Movements absolutely pull it off in the quietly seething build of In My Blood. Follow-up Skin To Skin taps into poppy instrumental melodies smashed up against the rockiest of vocal lines, masterfully blurrying the lines between the sounds and proving Movements’ sonic control is immense. The hissing drums that feature in Living Apology, Seneca’s swaggering instrumental beneath dreamy vocals; Movements aren’t afraid to experiment with their sound, and it’s to impressive effect.

Despite their seamless toying with blurry genre lines, No Good Left To Give is still saturated with true emo-rock excellence. Howling standout single Tunnel Vision is just the beginning: Movements have managed to put together an album that’s entirely standouts, non-stop anthems, made to be euphorically, cathartically sung along to. Even amongst their anthems, Movements demonstrate their range, from Santiago Peak’s magnetic lyrical flow, to Moonlight Lines’ melancholic mirror-ball verses shattering into the gigantic chorus, to early highlight Garden Eyes’ intense groove.

As well as being heart-rendingly inviting to imagine live, Movements shine for the pure vulnerability that’s omnipresent. Title track No Good Left To Give is one of the album’s most poignant moments, a painfully slow piano-centric tune with vocal delivery that’s equal parts desolately low and viscerally huge. Lead single Don’t Give Up Your Ghost is the record’s other most obviously emotive moment, but Movements aren’t constrained to keeping the rawness to their slower tracks; whether the guitars are churning or taking a breath, whether the instrumentals are a swirl of chaos or a bleakly gentle soundscape, No Good Left To Give taps into an energy that’s sorely, beautifully real start to finish.

There’s a good reason Movements are integral to the emo-rock renaissance. They cover the tumult of human relationships, the darkness that can come from struggles with mental health, and a whole spectrum of emotions with earnest, with honesty and with a tinge of hope. Most importantly, on No Good Left To Give, they do so in a broadly determined and boundary-pushing way. There’s still space for them to push a little further, but No Good Left To Give is the right album for them to shoot even higher from on top of.

No Good Left To Give is out Friday.