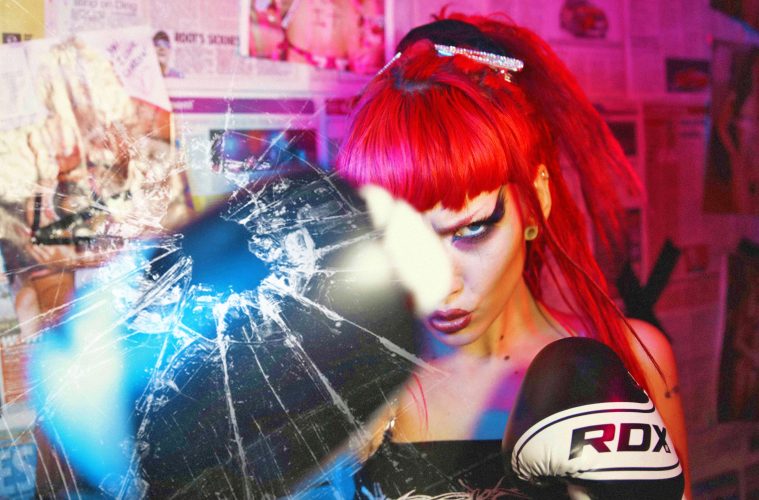 All rise for the queen of brat-punk: Delilah Bon’s album is out this month. After an onslaught of noisy, badass, genre-defying tunes last year, Delilah is set to release her self-titled debut full-length on the 21st, and it’s sheer power. As one of our Flavours of 2021, it’s safe to say that Delilah Bon will definitely define the soundtrack to the year, because her tunes are perfect for everything – shaking it, smashing the patriarchy, celebrating women, and altogether just partying hard. And we thought there could be no one better to celebrate as our band of the month for May.

Check out our interview with Delilah from earlier this year!

OK, yes, her tunes are incredible, but Delilah takes it one step further. Everything on the record is pure, 100% her – from every word, riff, and beat, to doing her own production, to the stormy, firework-bright glare of her artwork and videos. In an industry where women are woefully underrepresented at every turn, Delilah has set out to make something that proves that just one woman is capable of making some of the best, most subversive, most sparky stuff out there. Plus, when she’s not kitted out as Delilah Bon, she’s the ferocious frontwoman of punk favourites Hands Off Gretel – the many faces of Lauren Tate (the woman behind the tunes) are all utterly fierce.

Delilah Bon is all about being uplifting, even when – especially when – she’s raging on her music. It’s angry, but moreover, it’s about empowering people. Delilah is the absolute definition of a bad bitch, and the world better get ready to listen.

Delilah Bon is out May 21st.