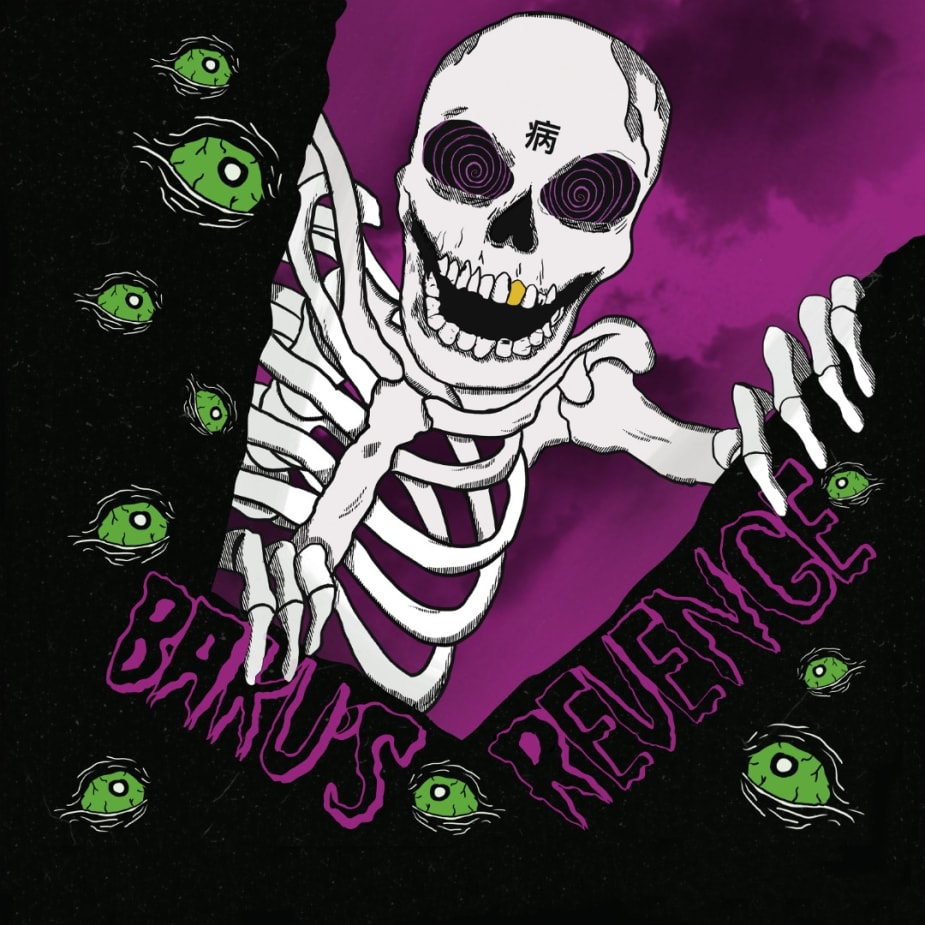 Magnolia Park’s latest is a self-aware, incendiary romp through pop-punk 101, with a delicious side serving of any and all adjacent sounds. As catchy as every hook is, and as well-tapped into every trope that keeps pop-punk lighthearted Magnolia Park are, Baku’s Revenge manages to balance a tightrope in its tone. Sometimes totally carefree, sometimes blunt and brutal in its messaging, Magnolia Park are making fun music for more than just the sake of it. Oh, and it’s their debut – hitting harder than plenty of pop-punk records from more weathered acts.

“Shut the fuck up! If I hear another motherfucker saying Mag Park is a TikTok band, I’m beating they ass! You know they coming with the hits.” So goes the opening track ?, an explosive, air-horn-adorned battle cry against everyone who has sh*t to say about Magnolia Park. It’s a ferocious opening statement, but don’t they just back it up straight away – Feel Something, bolstered by pop-punk royalty Mayday Parade’s Derek Sanders, is the first of many undeniable, quintessential pop-punk bangers. Replete with a scream-along chorus, delightful emo whine of a verse, and the classic juxtaposition of “I am screaming / but no one cares / I wanna sing out loud and jump around” this is made for the mosh-pit.

Magnolia Park deliver boatloads more, as far as jump-around anthems go – ridiculously infectious Addison Rae, kicking off with another 2000s rock staple of raw studio audio. Bowling For Soup-esque riffs, our favourite TikTok star sparkling in Mag Park’s love letter narrative, a load of cheeky nods to pop culture… Too far to call it this generation’s 1985? There’s plenty more where it came from too, from the swirling melee of Drugs’s guitar lines buzzing over electro beats; Misfits getting a metalcore-end-of-pop-punk topcoat for a fleeting few moments and what a juicy few moments they are; the aforementioned Drugs even flourishes with a burst of trumpets in a ska hint, as if it needed more elements to slap.

But alongside the addictive hooks and circle-pit-inducing energy, Magnolia Park seem to be driven by more than just fun, in their punk sensibilities. Punctuated with that fiery opener, but then also !! and $$, Magnolia Park have got shit to say themselves, about the space they’re occupying as a band as well as the spaces they occupy in the world. They say it best on bonus track Don’t Be Racist – all the barriers in the overwhelmingly white and often unwelcoming alternative scene are laid painfully bare before the mantra of Rage Against The Machine’s “fuck you i won’t do what you tell me” chimes in to amplify Mag Park’s own power. Elsewhere on the record, though, they touch on topics rarely delved into too deeply. “My credit card is two months overdue / I gotta choose between gas and food” – Feel Something goes beyond the typical existential melancholy so often a staple of emo music, and lays out actual, real life difficulties that often underpin our need for catharsis.

While it’s a sonic masterclass in the pop-punk banger, packing plenty of angst and rage and energy, Magnolia Park are pushing the borders of the genre out. Oh, and again, because it’s very easy to forget – it’s a debut. One of the most intentional, forceful debuts you’ll hear this year.

Baku’s Revenge is out this Friday.