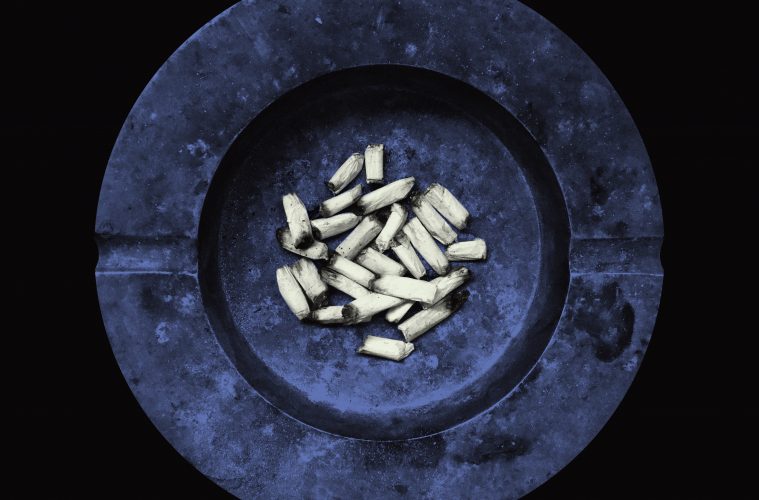 Laura Jane Grace said of her first solo album, “if at any point you refer to this album as an “acoustic album” my 6 string strumming ghost will haunt 10 generations of your family every night of their lives with bedroom busking from 11PM to 5am”. That doesn’t sound so bad, to be honest, but Laura is right – to reduce Stay Alive to ‘an acoustic album’ does it a huge disservice. Acoustic albums typically comprise of a couple of new slow tunes, a few fan favourites with the volume turned down, maybe a cover. Stay Alive is a hazy, heartfelt collection of LJG originals, as confessional and rousing as she always is, be in on the six-string tracks or those that feature a little more noise.

To describe Stay Alive’s bigger-band tracks as ‘more fleshed out’ is almost as much of a disservice as it is to reduce the record to an acoustic album. The chords that kick off album opener Swimming Pool Song reach as deep into your heart as the carefree fuzz of So Long, Farewell, Auf Wiedersehen, Fuck Off; LJG has turned an acoustic guitar and her voice into an instrument that feels as compellingly full as any full band could. Hanging Tree’s sardonic lyricism feels maniacal, Why Kant I Be You’s guitar dips down to palm-muted chords and yet the track is one of the album’s hugest.

Laura goes to the world on this one – from the album’s central message of hope in the instruction to stay alive, she spells out all the obstacles that can make it difficult to feel like going on, then in one fell swoop promises that it’s not as bad as it seems. Feelings of desolation blend seamlessly into feelings of hope, anger dissolves into finding peace and love in tiny moments on Stay Alive’s sweetest moment Blood and Thunder, the other side of the coin to Bought To Rot’s I Hate Chicago, deciding that Chicago is alright, actually.

The spirit that permeates Stay Alive and makes it so great is that it’s just unmistakeably Laura Jane Grace. Her knack for combining unapologetic emotional candour with a fuck-you-punk mentality and enough genuine love and enjoyment of her art to spread into her listeners is evident start to finish. For an album built around a guitar and a voice, there’s a striking amount of variety: SuperNatural Possession is a Britpop-infused jam, Ice Cream Song’s moody blues are ethereal and spiky all at once, Please Leave is a classic punk singalong, Calendar Song is a darkly reflective ode to the low side of touring. LJG’s done it all!

Stay Alive is a soundtrack to the past year, and it’s the soundtrack we need for the year going forward. It touches on every facet of 2020 dreams and nightmares with glowing, sparking punk attitude and enough familiarity to feel like home straight away. This might be Laura Jane Grace’s record, her first one officially as a solo artist, telling her story as aptly as always, but it’s one we can all grow with. And if Laura feels like coming along to haunt us with it… well, it’s the best acoustic album we’ve ever heard.

Stay Alive is out now.