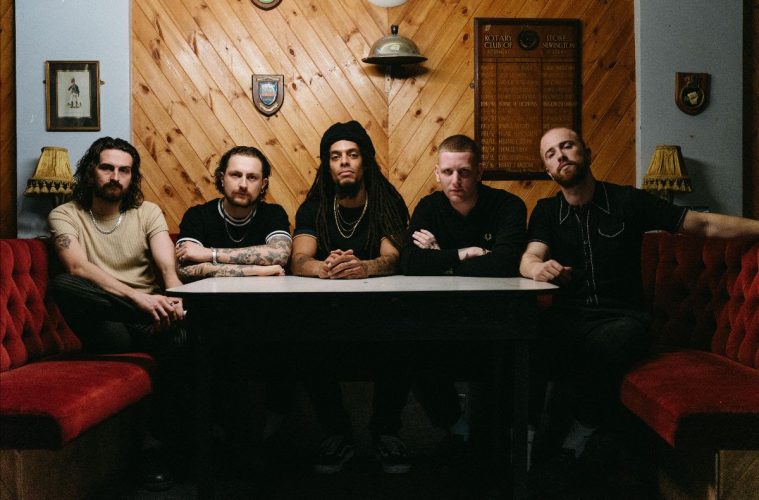 Come witness the greatness of Britain! Kid Kapichi are here to explore the brutal ironies of British Nationalism on their cutting new single. Joining forces with the formidable Bob Vylan, New England is a scathing dose of tongue-in-cheek political punk.

In typical Kapichi style, this track is drenched in sarcasm. From the offset, New England is set on brutally dissecting the ignorant day-to-day life of the typical ‘British patriot’ – from the gorgeously British “German cars” to the typical English “sushi bars”. But, no, the pride doesn’t stop there! We also hear about some of the true embodiments of British culture; forget the Queen, God Save Double Decker Buses, Bowler Hats, Bob the Builder and Postman Pat. Every lyric serves as another bruise, delivered with the violent booming of cool, calm and collected drums that only fuels the ferocity of the ridicule.

Needless to say, this is a track that misses absolutely no punches. Every element of nationalism is scrutinised, and the sharp critique is only heightened by Bob Vylan’s involvement. Bobbie’s verse is biting; clashing imagery of “dropping bombs” and “bacon buttys” highlight the delusional hierarchy of needs held by nationalists, truly amping up the tense ferocity of this track.

The overall feeling of New England is dismal, capturing the bleak reality of closed-minded individuals that feel the need to open their mouths. The track’s motivation is to highlight the values of immigration in light of the new Nationality and Borders Bill. It begs the question – when it comes to xenophobia and attempting to shift notions of prejudice, “is it you can’t change, or that you won’t change?”.