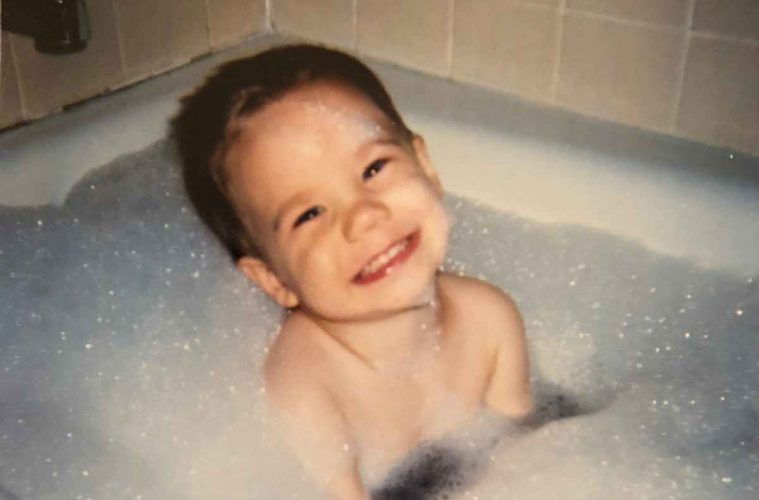 jxdn -Tell Me About Tomorrow

The new class of pop-punk have been working studiously, and jxdn’s debut full-length album Tell Me About Tomorrow should be getting an A+. 2020 and 2021 so far has seen the genre’s Midas Travis Barker raising his horde of emo proteges (MGK, Willow, Yungblud, K.Flay and many more amongst them), and now with artists like jxdn, the power of pop-punk’s diversifying sound and influence is becoming evident. Emotive lyrics, addictive hooks, dizzy beats – the calling cards of the genre-defying nu-emo crossover are executed to the letter.

Released on Travis Barker’s DTA Records, and produced by the man himself, one of TMAT’s standout tracks definitely prompts a few double-takes with its Blink homage. A WASTED YEAR’s chorus is Feeling This 2021, flexing all the power of the original, barely reinvented but conscious of the hark back to the pop-punk of times gone by – and with the blessing of Travis Barker, it feels like a deliberate push into the pop-punk of the future.

Tell Me About Tomorrow boasts features from MGK and Iann Dior, the former feeling somewhat like a seal of approval as jxdn’s record has tapped into the zeitgeist of MGK’s whirlwind success with Tickets To My Downfall. jxdn’s vocal style is very much following down the path less trodden away from the classic pop-punk whine and into deeper territory, sometimes murmuring angstily and sometimes belting out some yell-along high notes with infectious intensity. The lyrics definitely settle comfortably into the category of a pop-punk whine, though, and they’re self-aware enough to pay homage to the classic touchstones of emo tunes whilst channelling the trademark gen-Z nihilism. It’s hard to sing along to words like ‘it’s been cloudy with a chance of depression’ without being tongue-in-cheek, but it’s also impossible not to sing along to a flow as catchy as jxdn continuing into ‘broke my heart and I learned my lesson’, and then the rest of the track.

Emotional hooks are the calling card of Tell Me About Tomorrow, exemplified on the duo of ANGELS & DEMONS and ANGELS & DEMONS PT.2 – the former, electro-led single is the record’s biggest break from the pop-punk convention, but the latter is straight out of the 2010s with its acoustic guitar led verse and huge drum break (we see you, Travis!) and ‘yeah yeah yeah’s (we see you, MGK influence!). Perhaps the most poignant moment on the record is the title track, closer TELL ME ABOUT TOMORROW. It’s the quintessential acoustic emo tune, executed to absolute perfection: intimate guitar, effortlessly heartbreaking vocals, and a huge instrumental swell at the end for one final break; jxdn couldn’t have closed his record off in a better way.

And all of the above is just the standouts – nestled in between these tracks is a plethora of tunes that are just bangers. There’s no filler on Tell Me About Tomorrow; in all 18 tracks, there’s not a moment that doesn’t beg to be sung and danced along to. jxdn is seemingly incapable of writing a song that isn’t intensely catchy – and this is why Tell Me About Tomorrow might be one of the best pop-punk albums of 2021.

Tell Me About Tomorrow is out now.