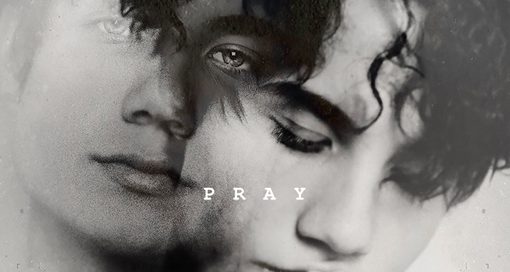 jxdn and the emergence of TikTok Emo

2020 is seeing the boundaries of genre blurring further than ever, and viral star jxdn (the edgy pseudonym of Jaden Hossler) is following in the footsteps of Machine Gun Kelly and suchlike to do the same. The similarities aren’t just the moody, stripped-back take on pop-punk – both have also collaborated with Travis Barker, who seems to be mentoring a whole new generation of rockstars.

jxdn’s latest release Pray is a simple acoustic guitar and a despondent vocal that sounds like the pop-punk iteration of mumble rap – a fast growing style. He’s got range though – not just in his sometimes soaring and emotive vocals, but also soundwise. Angels and Demons smashes together an arena rock intro and chorus with rap-leaning verses; So What! delivers on the instantly rebellious hints in its name with a resolutely dark pop-punk sound, hook-laden and classic; and Comatose is straight-up emo-rock at moments. jxdn brings together all the familiar aspects of rock, and twists them up into a TikTok ready reconstitution.

The real apex of this new styling of emo, though, is in the lyrics. Pray is unapologetically bleak, declaring “I pray to God let me die in my sleep”; other choice moments include “I’m broken, knew this love was poison”, “I’ma dive into the mosh pit… me plus me is a problem”, “so used to pain it’s my remedy” – easy to picture such lyrics adorning schoolbooks, checkered backpacks, backs of hands to parents’ dismay. And isn’t that a true calling-card of emo culture?

There’s a reason that social media stars are doing emo maybe more earnestly than ‘real’ emo bands now – it’s because they’re what is accessible, instantly gratifying, and appeals to the young teen demographic as they begin to open up to such emotional candour. Additionally, it’s digital revolution that’s allowed for artists like jxdn – aka, artists still young enough to be completely ensconced in the throes of angsty adolescence – to be so easily catapulted to mass popularity. Whatever critiques you have of viral stars, whatever you think of their music and lyrics, they’re definitely authentic. For those now a bit older, it might be nostalgic to remember when you might’ve penned similar words, and for jxdn’s numerous young teen fans, he probably speaks to their soul the way Sleeping With Sirens, MCR, or Jimmy Eat World spoke to ours. Who knows? We’re intrigued to follow the rebirth of emo as it, no doubt, continues to grow.

Pray is out now.