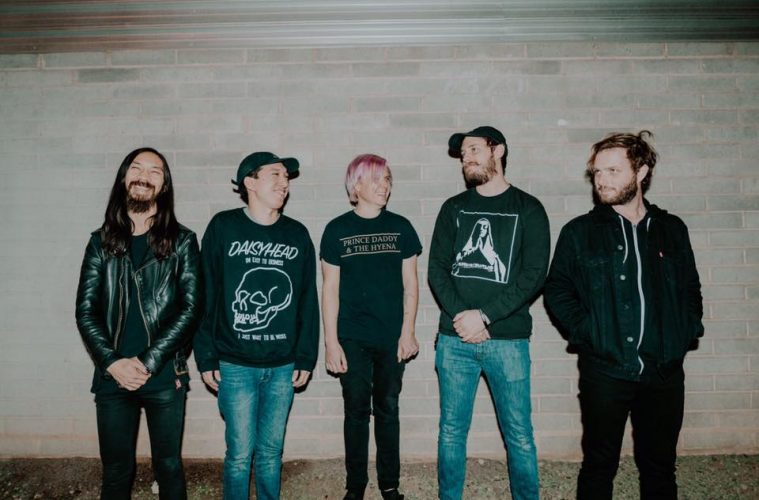 Today marks the release of the long awaited Home Remedy! A reflective burst of pop-punk softness, Sundressed’s third album is just as gloriously fun as it is heartwarmingly wholesome. But how did this album come into being? We had a chat with Sundressed’s Trevor Hedges about growing up, lyrical honesty and becoming an impromptu director for lockdown home-made music videos.

Picture the scene – we come to Trevor on his day off, and boy is he appreciating it amidst all of the chaos. “I am laying in bed with my dog, it’s my day off and it is quiet!” Trevor tells us, “I clean pools as my day job, and as you can imagine it’s very exhausting during an Arizona summer!” For many lockdown has been a break, but there ain’t no rest for the wicked (or Trevor), it seems; “I have definitely felt busier than ever! We have had so much support on this record which means lots of interviews, music videos, and not to mention cleaning 85 pools a week in 115-degree weather!” But, unlike Your Frequency’s overarching theme of ‘being so busy!!’, Trevor is “exhausted… but it’s a good busy!”

Sundressed have undoubtedly been busy knocking out solid music videos too – the home-made charm of their recent released has not gone amiss! But the guys have loved the challenge, actually appreciating the “more home-made vibe”. “Luckily my roommate is great with a camera,” Trevor reveals, “and we’ve been forced to be really creative to make the videos stand out! I think these are some of my favourite videos we’ve ever done!” And we can’t help but agree with him!

Speaking of Sundressed’s charm, we can’t help but ask about the album’s lyrical content; Sundressed don’t hold back on their tracks, embracing honesty in a way that makes their music uniquely relatable. This honesty breaks down barriers between the band and the listener, as well as being a form of therapy for the guys – “I’ve always found [writing] personally beneficial, to be honest, and share my struggles through music,” Trevor tells us. “When listeners come back relating to what I’ve written, its all–the–more sweet! I feel like we have created a very close relationship with our listeners because of this and it feels like way more than just a band and a batch of songs.”

One of the tracks that stands out lyrically is Sensitive Motherfucker, a track dealing with growing up in a toxically masculine world. “Sensitive motherfucker was a hard one to write because I have some attitude on that one!” Trevor tells us. “It’s definitely about being sensitive and being picked on for not being “manly” – which now know is very toxic – and I wanted to write a song to hopefully let others know that it’s OKAY to be yourself, despite stereotypes and stuff like that.” The track is incredibly important in the modern climate as well, as many are still unwilling to accept and encourage young people to be themselves; “Gender can be such a hard thing for young people to grasp and be comfortable with and I hope some people find comfort in that.”

So what about the actual meat and potatoes – how has Sundressed’s SOUND developped this time around? Trevor considers the question before telling us that he’s “always been very influenced by singer-songwriters like David Bazan (Pedro the Lion) and Conor Oberst (Bright Eyes)” – and we can clearly see the Bright Eyes influence within some of these tracks, for sure! The group have also developed in terms of their own collaborative abilities: “I think what’s been different in this album was the influence of AJ and Vic shining through on their respective instruments and the band kind of… realizing its sound through that collaboration and honesty.”

Trevor also takes the time to throw out an album highlight – shining a spotlight on Cash Out! “I feel like I keep saying different songs when I’m asked this, but I’ve gotta go with Cash out. It was such a different song for us and I really really wanted to have a good closer on this record. All I can hope for is a big sing-along at the end when we start playing shows again!” Despite the sound being a bit different for the band, they absolutely smash it – and we’re pretty sure that this track will DEFINITELY welcome some fun sing-along-energy when live shows swing back around!

Alongside music, the Sundressed guys have also been working on the ‘Oral History of Sundressed’ on their Twitch channel. The decision arose due to a desire to make things a little more interesting – “ I wanted to figure out ways to make each one a little more involved than just pointed a camera at me with a guitar, which can definitely bore me…” Trevor tells us. “I feel like we’ve been able to share things that we wouldn’t normally in a regular show setting, so that has been a lot of fun!”

Before we go, Trevor has a final message for all of Sundressed’s supporters: “Thank you so much for riding through this with us! If you are new, thank you for being here, our community is here for you and we love you!” And we can’t help but back up this statement – with a band as lovely as Sundressed at the head, there’s no surprise that their community is equally as wholesome. Now, treat yourself and listen to Home Remedy – we promise it will brighten your day right up!

Home Remedy is out today! Get it here.