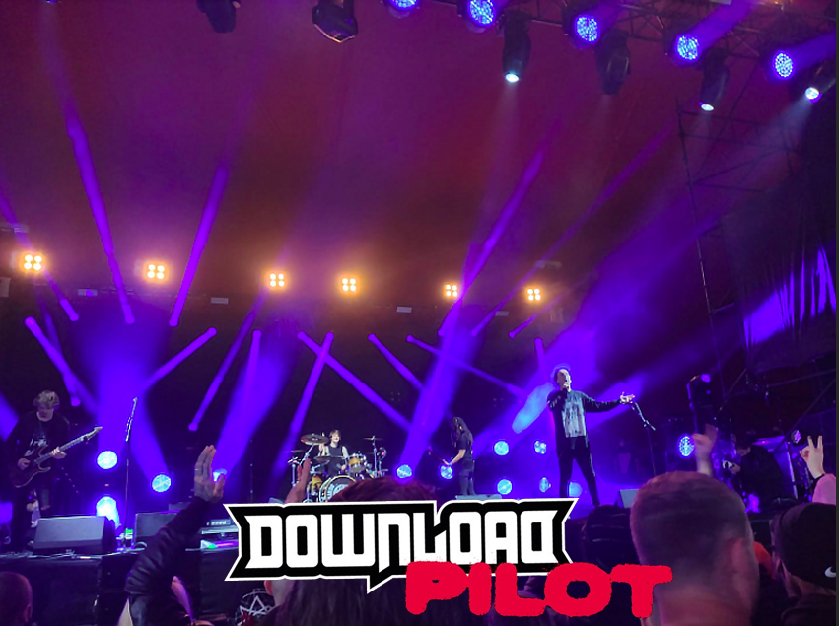 “If you were there, you’ll know.” Death Blooms Talk The Magic Of Opening Download Pilot

Download Pilot took place this weekend, and it was nothing short of spectacular in every way possible. Death Blooms were the band to kick things off on the Friday, and of course they did so spectacularly – there’s no mosh pit we’d rather have broken the seal than one screaming ‘FUCK WHAT YOU THINK FUCK EVERYTHING!’ all at the top of their voices, no inaugural crowdsurf that could have been more euphoric. It felt that good to be in the crowd – so what did it feel like to be on stage? We caught up with frontman Paul Barrow to see how incredible being the band to start it all again felt.

“Oh my god. It was pretty overwhelming, that weekend, wasn’t it? It was just a mental time, just seeing so many people so happy, just, everyone needed that. It was amazing, I genuinely think it was the best weekend I’ve ever had. We were obviously like, who knows what this is gonna be like, we could have not enough people there cos they’ve not finished work or whatever, but it was so rammed, it was just crazy, just seeing so many people smiling. I just really needed that.”

Opening slot jitters probably apply slightly less when it’s everyone’s collective first-chance-in-sixteen-months to see a band, so we definitely weren’t surprised to find the tent absolutely packed and spilling out the sides. “Everyone was so up for it! Every single person that was there,” Paul says, “it’s kind of weird cos we’ve been having the same conversation all weekend, everybody’s had the same response, there’s not many words I can say. If you were there you’ll know, and if you weren’t there you’ll get that feeling when you go to a show and it’s so hard to explain that. It just felt like home.”

Read more about Death Blooms and everyone else in our full Download Pilot review, coming tomorrow. And if you wanna see Death Blooms in action (again, if you were lucky enough to be there!) you can catch them on tour with Trash Boat, Strange Bones, and Calva Louise this autumn, tickets available here.