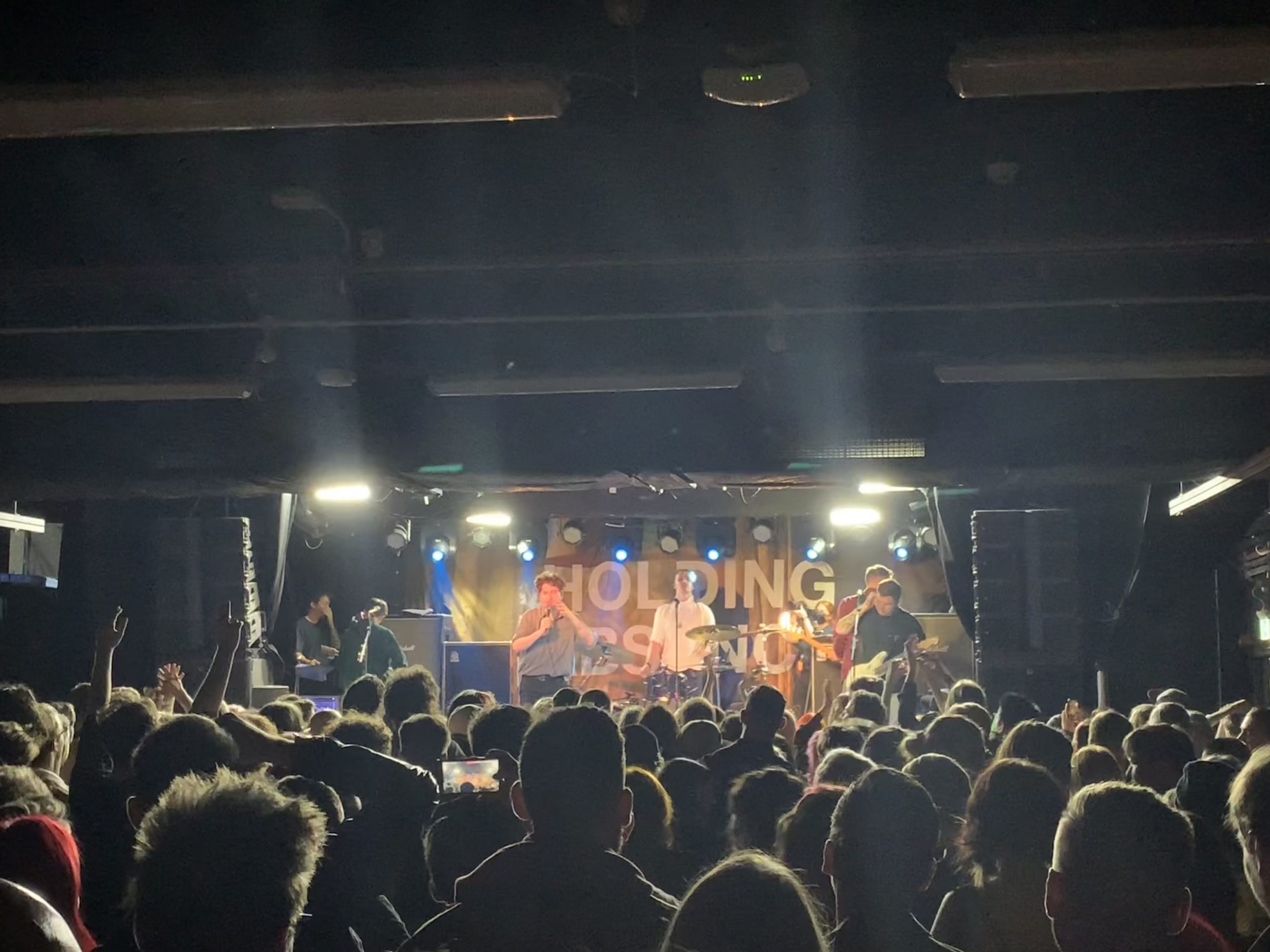 Holding Absence, Yours Truly, As Everything Unfolds @ Manchester Academy 3, 4/11/21

Of all the bands that have had astronomical rises over the last 18 months, Holding Absence are one of the most special. In an era where we crave connection, the emotional intensity of their stunning The Greatest Mistake Of My Life, with lyrics packed with devasting hooks and moments of painstaking relatability, provided some connection to our community even as we were all kept apart. Holding Absence followed this up with milestone performances at Download Pilot, Reading and Leeds festival, Slam Dunk Festival, and more – all met with a euphoric response. Their headline tour in support of TGMOML, though, was still to come. And now it’s here, and it’s just as special as we knew it would be.

Tonight in Manchester’s Academy 3, the room sprawls backwards for what feels like miles (as HA vocalist Lucas Woodland tells us he thought when the band played here last on a support tour, before admitting it doesn’t feel any smaller today!). The low ceiling, though, means that the room feels really intimate, and it couldn’t be a more fitting space for this kind of atmosphere. As Everything Unfolds and Yours Truly, who’ve travelled all the way from Australia, are playing first tonight, and they too are a seamless match for Holding Absence. Charlie Rolfe’s powerful tones in AEU are fit to fill a room much bigger than this one, and she carries every one of her huge choruses with rockstar quality. Yours Truly, with their punchy pop-punk, are the sonic outliers tonight, but they’re definitely on an emotional par and an energetic one, and the reception they get is well-becoming of the 24 hour travel time.

Celebration Song, Holding Absence’s album opener and subsequent live show entry tune to crown them all, confirms its spot as one of the best show openers EVER once again. The united howl of “I’M ALIIIIIIVE” is a feeling second to none, and captures everything Holding Absence are about in just two words. But of course, there’s a whole set left to go – and neither band nor crowd dip in passion for the rest of the show.

Holding Absence are absolute masters of the anthemic chorus – always a green flag for an emo show. Cuts like Beyond Belief, Curse Me With Your Kiss, and Gravity are highlights for this very reason, their soaring melodies giving Woodland an opportunity to rest if he wanted to because the audience take over and belt out the lines in such strong unison – but he doesn’t take the opportunity. His impassioned, emotive delivery is one of the reasons Holding Absence’s music is so evocative, and that’s even more true tonight as he delivers every note with astounding talent (and very powerful lungs).

Everything reaches its peak as Holding Absence hit their encore. There’s barely a pause; the band barely even leave the stage and there’s no need to. No amount of ‘one more song’-ing will have anyone fooled that Holding Absence aren’t coming back to ecstatically perform the three songs the audience have been just waiting to hear, so there’s yet another endearing moment of connection between band and crowd as they come reeling back together for one final singalong. That’s what tonight is all about: it’s a celebration of emotional togetherness, that everyone in the room (not least Holding Absence themselves) is really proud of.