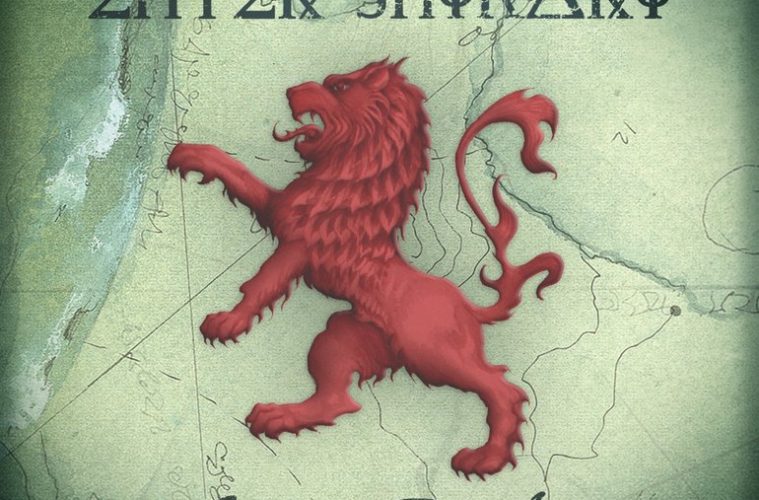 Nine years ago, Enter Shikari did the impossible and followed their near-perfect first album up with an even better second one. Of course, they then went on to repeat the trick in 2012 with A Flash Flood Of Colour but, in 2009, we were only just getting used to the fact that a band could really be so inventive. On the anniversary of its release, Emily reflects on a record that changed the musical landscape.

Following the success of debut album Take To The Skies, Common Dreads truly built upon the experimental, drum and bass-infused alt-rock that Enter Shikari were starting to become known for. The record is a charged assault on the government and the upper class, critiquing the social hierarchy and how it only benefits those at the top. Its unflinching and honest lyrics – paired with Rou Reynolds’ sincere vocals – make for an album that sets its listeners ablaze.

The power in the music is born from the combination of intelligence and brutal honesty alongside a sound that is undeniably energetic and all-consuming. The way the listener becomes invested in Shikari’s themes is enhanced by the constant beat, powerful drums and trance-like synths. The overall effect makes you feel something in your chest – it’s aggressive but in a way that’s both joyful and angry, in a way that’s ineffable but incredibly freeing and brilliant. Common Dreads shows how well-structured Enter Shikari’s music is despite perhaps initially seeming chaotic.

The album is full of iconic tracks. Solidarity truly encapsulates the message of the album (building on opener Common Dreads, where people, in all different languages, tell us how ‘we must unite’) encouraging us to all ‘sing together’ if we want to make any changes in society. The song’s electronic edge and drum and bass elements, as well as Reynolds’ raw scream of, ‘you cannot open the door’, fuel the listener in a way that makes them feel ready for a revolution. This same effect is mirrored in Step Up – the scream of ‘it’s SO FRUSTRATING!’ is like a shot of adrenaline!

Speaking of adrenaline, how can anyone resist the giddy feeling Juggernauts induces? The immediate electronic beat itself feels like a juggernaut, overwhelming you with childish glee. The song feels playful, having an almost video game quality. Yet the song is still serious: Juggernauts is a metaphor for the government, the line, ‘the idea of community will be something displayed at a museum,’ directly commenting on how the band feel those in power are trying to make those below them distrust one another. The group’s ability to handle such serious topics in a mature way that still does not distract from the music is what makes them so brilliant at what they do.

Zzzonked is the ultimate example of how drum and bass colours Enter Shikari’s work – the song sounds as if it’s straight off of an album by Pendulum or The Prodigy. This is also the case with Havoc A and Havoc B. Both tracks have mighty electronic beats throughout and show how amazing the group are at producing their music as well as writing meaty lyrics.

However, it must be said that Enter Shikari are a band that reach their full potential when seen live. Their tracks seem to transcend what you expect of them, taking on a whole new level that fills you with awe. A track on Common Dreads that definitely is not done complete justice in its recorded incarnation is The Jester. The song is amazingly structured in its recorded form, but it’s absolutely delectable live. Opening in an appropriately jestful manner, with calm elevator-esque music and a mockingly ‘posh’ accent, the tone of the song is once again playful in a very Enter Shikari way. Then comes the build-up… the wait… the TENSION. It’s almost unbearably exhilarating, Reynolds’ teasing comments of ‘nicely does it now…’ and ‘steeeadyy…’ making the anticipation even stronger. The eventual drop is exciting on the recorded track, but will never quite match the chaos that is unleashed when it hits at a live show – and that is really what makes Enter Shikari exciting. They are not a band who simply copy and paste their songs from the album to the live show.

Common Dreads is a social commentary and then some – it unites fans both listening at home as well as creating an immediate feeling of kinship at live shows. Enter Shikari are a band that use their music as a way to educate fans rather than speaking about useless, throwaway topics. They know that we all share common dreads and that together we are stronger. Intelligent and well-delivered, Enter Shikari’s second album showed them at their finest.