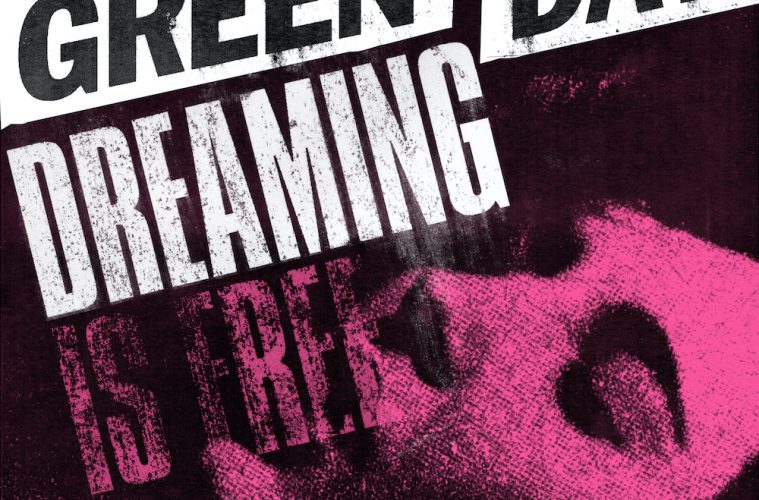 Need an uplift? Nothing will hit the spot sweeter than a little Green Day. While their political bangers might sting a little too much in the current situation, no fear! They’ve released two covers of the brightest, cheesiest, most cheerful pop tunes: Tiffany’s I Think We’re Alone Now and Blondie’s Dreaming.

Yes, sacrilege – to call Blondie pop? Debbie Harry, rock goddess extraordinaire, is no pop star. But pop music’s magic is infectious, irresistible sunshine penetrating through the darkest of moods to stick a smile on someone’s face, and that’s what Dreaming does. Especially hearing it through Billie Joe Armstrong’s unmistakeable voice, accompanied by pounding punk-rock guitars and upbeat drumrolls, riffs and melodies making for an energetic dose of 80s pop-rock, Green Day style.

I Think We’re Alone Now is a similar reconception of a classic – where once there was a syncopated synth, a shiny backdrop for equally shiny vocals, slick pop to the core, now we’ve got huge guitar sections, gang vocals, and enough cymbals to put a whole street’s worth of mums at 8pm on a Thursday banging pots for carers to shame. Green Day have thrown the best elements of pop and rock into a blender and what it’s spat out is their wonderful cover of I Think We’re Alone Now.

What should be next for Green Day then? Some more contemporary pop, perhaps Live While We’re Young or Party In The U.S.A? Ok, maybe that’s not quite the tone they’re going for. But no doubt, whatever they do, they’ll do it bloody brilliantly.

Dreaming and I Think We’re Alone Now are out now.