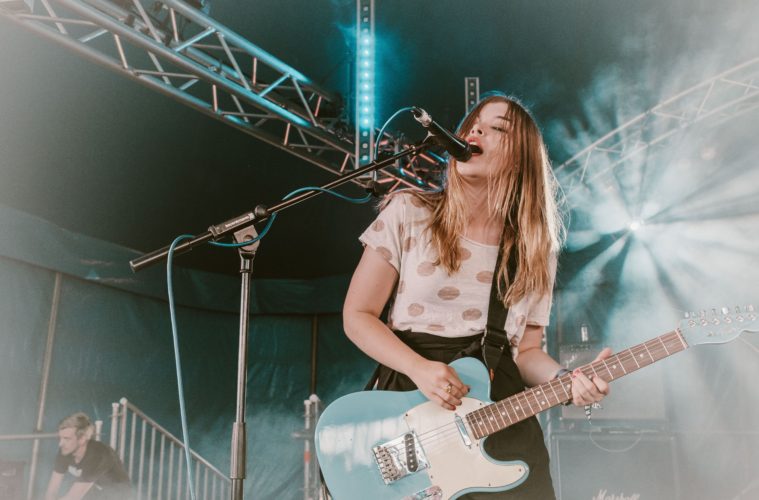 2000Trees‘ always-fantastic lineup means that you’re always guaranteed to find some of your faves there. But what about the bands you didn’t necessarily plan to see who become your new faves after the festival? We’ve rounded up some of 2019’s most underrated acts.

Opening up The Cave on Saturday, PENGSHUi‘s hard-hitting rap-rock had an impressively sized crowd buzzing with excitement, the bass rattling through your core – if they’d been playing a later set, it would have been even more madness than it was.

Manchester’s False Advertising enchanted and excited crowds in the Axiom stage with their indie-tinged punk-pop; frontwoman Jen Hingley’s captivating stage presence is just one of the many reasons we’re certain to see them climbing the bill in coming years.

They’re by no means tiny, but they’re smaller than other bands on the bill – yet they were certainly the most talked about band of the weekend. Everyone who wasn’t there wishes they were, and everyone who was can’t shut up about it – such was the power of Imperial Leisure‘s stage antics.

2000Trees’ Forest Stage is one of the festival’s treasures – tucked away in, you guessed it, a forest, it’s home to some of the highlights of the weekend, and giving a late set on Saturday, Our Family Dog is one of these highlights. They suit a stripped-back sound remarkably well, and we only hope they’re back next year – in the forest or elsewhere!

Wowing crowds with her Hayley Williams-esque vocals, Novacub‘s frontwoman Louise Bartle has no shortage of musical skill – known to many as Bloc Party’s drummer, hers and the rest of her bandmates’ musical prowess and tight performance is easily one of the most fun sets we catch all weekend.

2000Trees 2020 tickets are available now for a discounted price.