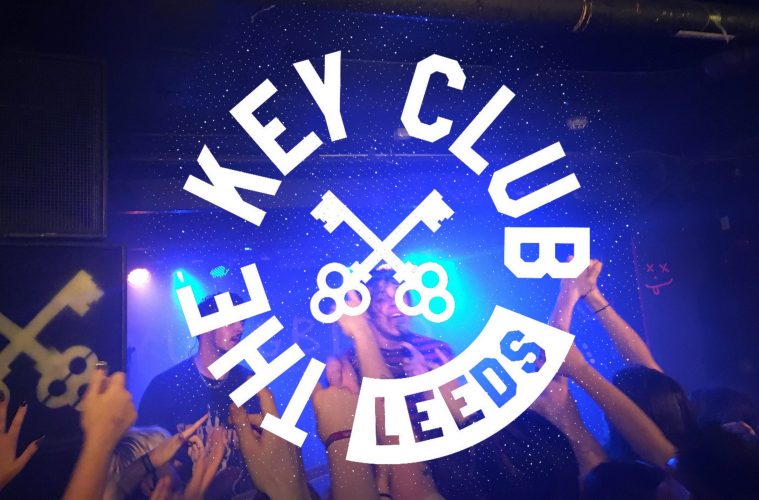 Last week was Independent Venue Week – and I think we can all agree, we’re missing our beloved venues more than ever right now. We’ve been teased with the odd bar opening, or the idea of a socially distanced show, but Lockdown: Round Three has plunged our precious music scene into yet another static period. With a pitiful show from the government re: Brexit and live music, and no sign of much more support for the entertainment industry on the horizon, we want to champion the places we love – so forget band of the month. This February, we’re celebrating our Bar of the Month: the incomparable, legendary Key Club.

The home of the iconic Slam Dunk festival, Leeds’ Key Club is the greatest of its kind. Home to many of the best gigs of our lives, and the best ones yet to come, the venue is adored by fans and bands alike. Frank Iero’s called it one of his favourites, and it’s safe to say that he’s definitely a man of taste. At a cosy capacity of 300, you might expect a Key Club crowd to feel modest, but even half-full shows are known to go utterly wild – it’s got a magical atmosphere about it, and that’s why everyone can’t stay away.

And it’s not just the gigs that make it the destination of many a rock music fan’s pilgrimage: four nights a week, it’s open into the early hours for an unbeatable party. Queuing outside the Merrion Centre Greggs (and kind of wishing it was open to grab a sausage roll as you drunkenly stumble home) knowing that as soon as you walk down those stairs you’ll be cocooned in top-quality alternative music and like-minded people makes the chilly northern evenings bearable. Tuesdays are home to Slam Dunk nights, featuring the freshest pop-punk jams for your midweek boogie, before the classic anthems are rolled out for Friday’s Fuel and Saturday’s Garage (which also boasts a cheese room to rival any MCR tune). For those partial to an indie bop too, hit up Wednesday’s midweek session for anthems huge and underground.

For one hallowed week in autumn, Key Club was able to open as a reimagined bar and kitchen – serving up pizza and snacks that’s just as to-die-for as their tunes. But fate (read: pitiful pandemic handling by Boris and co.) had other plans, and Key Club’s had to shut its doors once again. So this month, to pay homage to the greatest club we know while we can’t be there, we’re going to be sharing throwbacks of some of our favourite Key Club gigs, as well as some exciting Key Club related surprises along the way. We miss you, Keys!

Connect with Key Club on Twitter and Facebook, and keep your eyes peeled for exciting Key Club content. In summer they had a fantastic merch drop plus the chance to buy a Key Club VIP pass promising free entry all year!

Here’s a video of the wonderful Frank Iero playing there.