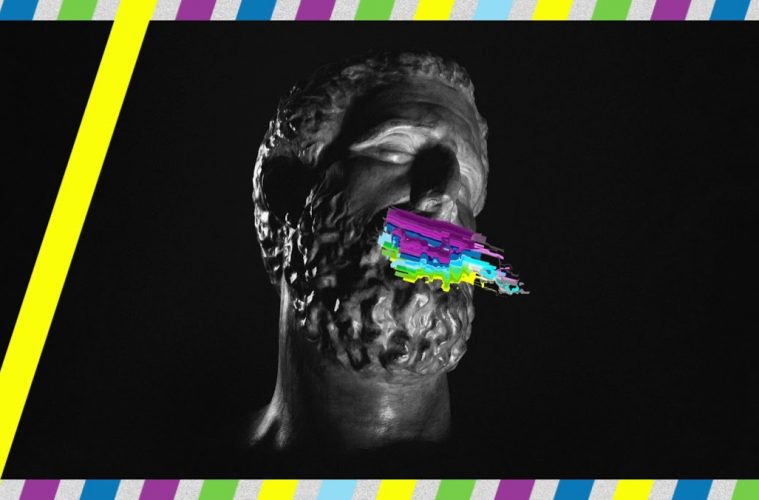 Need a place to rest your head? Well, you’re in luck – The Dreamer’s Hotel is open for business. Enter Shikari are back, blessing us with a five star single from upcoming album Nothing is True & Everything is Possible. If this single is merely the ‘first course’, the teasing crudités, then the April release is sure to be something pretty extraordinary.

As the drums rumble in, it’s clear we’re in for a treat. The addition of chaotic, whirring synths feels rather reminiscent of A Flash Flood of Colour – yet, as soon as Rou Reynolds announces ‘OUTRAGE’, it is clear that this track is something new. The song holds elements of post-punk, Reynolds’ vocal delivery calm yet angered, very much like Joe Talbot of IDLES, the punch emphasised by heavy drumming and pronounced bass chords.

‘Meanwhile’, we are transported into the marvellous world of the Dreamer’s Hotel, a place with ‘five stars but all rooms are vacant’. Symbolising the peace and solitude available if society wasn’t so hell-bent on ‘OUTRAGE’, the Hotel’s musical soundscape is wildly different to the harsher, enraged verses. The Hotel acts as the calming chorus, exuding the glowing, sparkling energy of The Spark, before you’re plunged back into the angered grumble of reality.

Obviously the track takes a crack at class – this is Enter Shikari, after all. Reynolds’ rough, mocking voice proclaims ‘I am the judge and I’m the jury’, as well as later crowning himself ‘King Arthur in Camelot’ before positively growling at the mere notion of ‘STUDENTS!’. The track feels like a one sided conversation; the ‘rose-coloured’ solace of the Hotel is entirely ignored, simply deemed a fantasy, as the right-wing rage of society reigns supreme. The stylization of the track being { The Dreamer’s Hotel } further highlights this, as this place of peace is literally cut off from us, never to be attained.

The Dreamer’s Hotel takes everything you love about Enter Shikari and then some. Something grittier than The Spark, yet still maintaining The Spark’s level of experimental softness, this track is stellar. Could this upcoming release be the best album from Shikari yet? Well, Everything is Possible…

Pre-order Nothing is True & Everything is Possible here. Out 17th April via So Recordings.