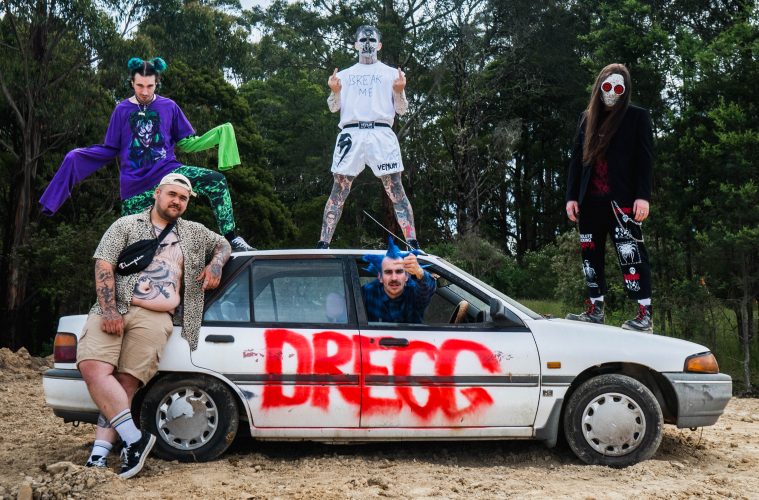 Much like a can of Evolve Energy beneath the tracks of a tank, DREGG are here to crush your skull with this gruellingly sharp track. Fusing elements of rap, metal and hardcore, EVOLVE is a beastly amalgamation of genres that slaps unapologetically hard.

From the start, this track is glorious – chaotic drums rampage throughout, and vocals toe the line between rap and screaming, always on the verge of exploding. Mackertich’s flow is similar to the likes of Jason Aalon Butler is parts, the performance absolutely top-notch. EVOLVE thrives with energy, paired with some amusingly tongue-in-cheek lyrics (looking at you “my dick’s hard, I can’t lie”) that allow the track to constantly pivot between full-blown rage and sarcastic mockery.

EVOLVE also evolves in itself, shifting to become even more wild and hard-hitting as it progresses. Instrumentals grow in ferocity, resulting in a climactic call of “Goal!” followed by an absolutely filthy breakdown. FILTHY. This will be lethal at live shows, guaranteed – even listening at home totally knocks the breath out of your chest.

DREGG have churned out an absolute cracker of a track here. What with an equally as hectic video, EVOLVE is a enthralling burst of chaos that will have you engaged from the very first second. DREGG are one of a kind and should definitely not be missed out on!