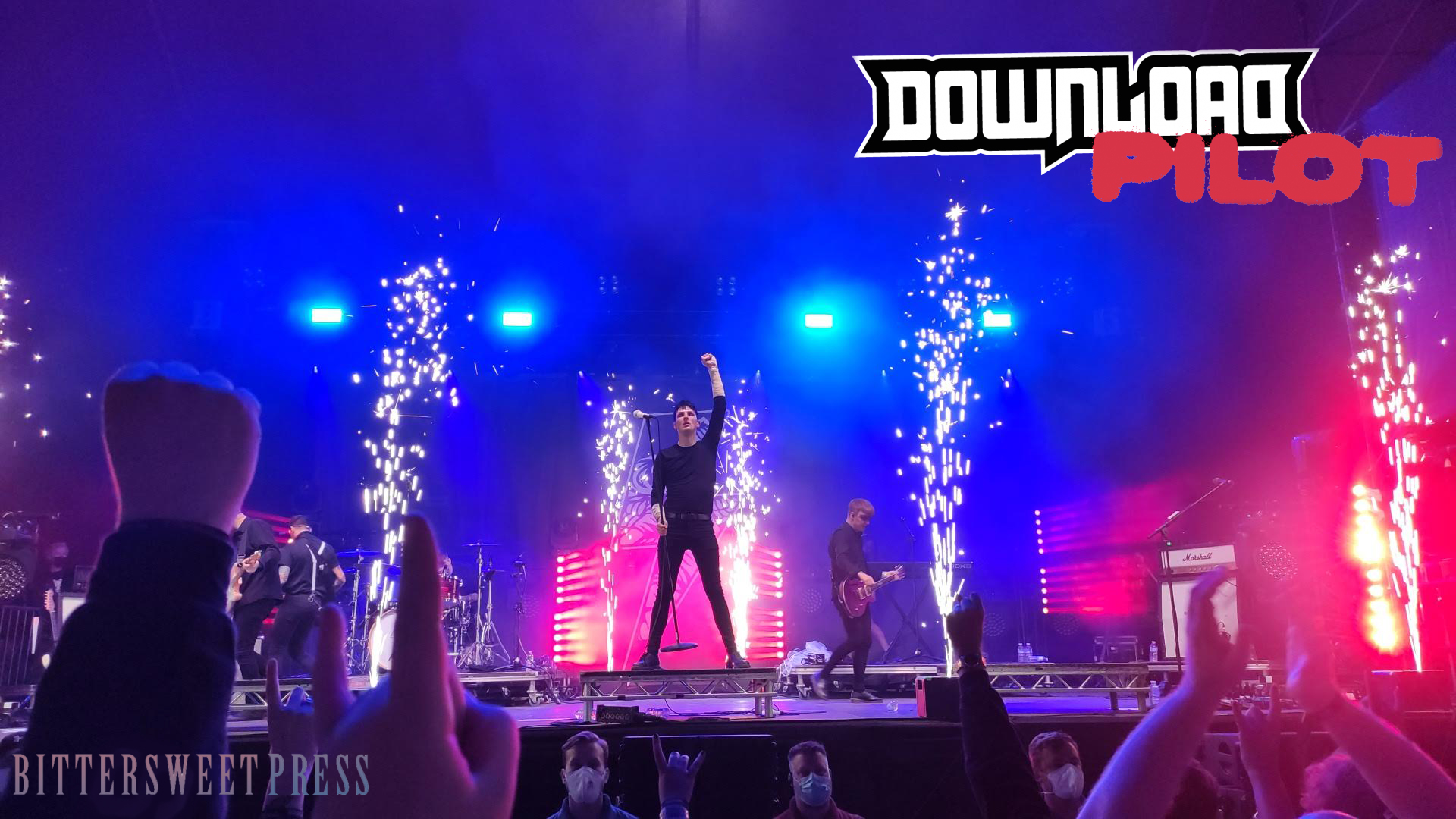 After a night of adjusting to our makeshift yoga-matt sleeping quarters, we definitely need a boost — and nothing fixes up a stiff neck like a bit of headbanging.

As Everything Unfolds start us off strong down the heavy route, embodying fierce post-hardcore riffs and hypnotic vocals. The group sound remarkable live, and everyone seems to be in agreement; every track sounds identical to the recorded versions, every beat, every growl absolutely spot on. Charlie Rolfe is spellbinding, switching between charming and downright threatening in seconds. The entire performance feels like something special; this is a true hint of even greater things to come from the band. Setlist highlight: On The Inside

The Hara’s crowd is a touch smaller than the tent’s seen so far, but they more than make up for it in charisma. Deliciously satirical, Yungblud-esque punk-pop bangers abound and frontman Josh Taylor stomps around the stage like a gleeful child, bringing the crowd with him start to finish as he careens through a setlist of tongue-in-cheek lyrics that the crowd, though not packed, totally eat up. Plus, we get to dance around to trumpets. Win win. Setlist highlight: Animals

Before Wargasm even take to the stage, it’s obvious that they’re going to be one of the best bands of the weekend. Former Dead! guitarist Sam Matlock and rock’s noisiest breakthrough Milkie Way know they’ve got their formidable audience hanging off every word, and they relish it; Milkie snarling out ”you’re going to be afraid of how much you love me”. They’re at their best unconstrained by their instruments, gloriously flailing around and screaming in each others’ faces while the instrumentals shake the floor – it’s one of the most energetic sets of the festival, and feels very much like the brink of an explosion for Wargasm. Setlist highlight: Backyard Bastards

Just one day off the release of their comeback record As Blue As Indigo, Tigercub step out polished. ABAI’s singles are received with the same admiration as deeper cuts, and they boom around the tent twice as much, proof that Tigercub have stepped up the magnitude. There’s less moshing and a lot more appreciative head-bobbing, but perhaps that’s more testament to the musical excellence we’re all taking in. This is a set of precision, of a different sort of intensity. Setlist highlight: Sleepwalker

The pop-punk-infused A allow a moment to catch our breath — quite literally. Jason Perry, donned in a Deliveroo jacket and accompanying thermal backpack, at one point requests an ‘age appropriate circle pit’… that is, a walking circle pit for the older fans. Everyone waddles in a circle, tightly packed together, cackling wildly — and it’s somehow equally as exhilarating as the previous bouncing. A are respected in the scene because of their exhilarating liveshows, and this still stands true; not a single soul walks away from the set without a giddy grin on their face. Setlist highlight: Nothing

Here at Bittersweet, there are a few bands that we believe no festival is complete without — Vukovi are one of them. With their quickfire tempo and catchy hooks, Vukovi are a guaranteed good time. As soon as Violent Minds kicks into life, the tent is moving, everyone eager to soak up the joyous atmosphere. Janine Shilstone’s infectious stage presence is truly one-of-a-kind, able to rile up just about any idle listener and get them moving. Setlist highlight: C.L.A.U.D.I.A 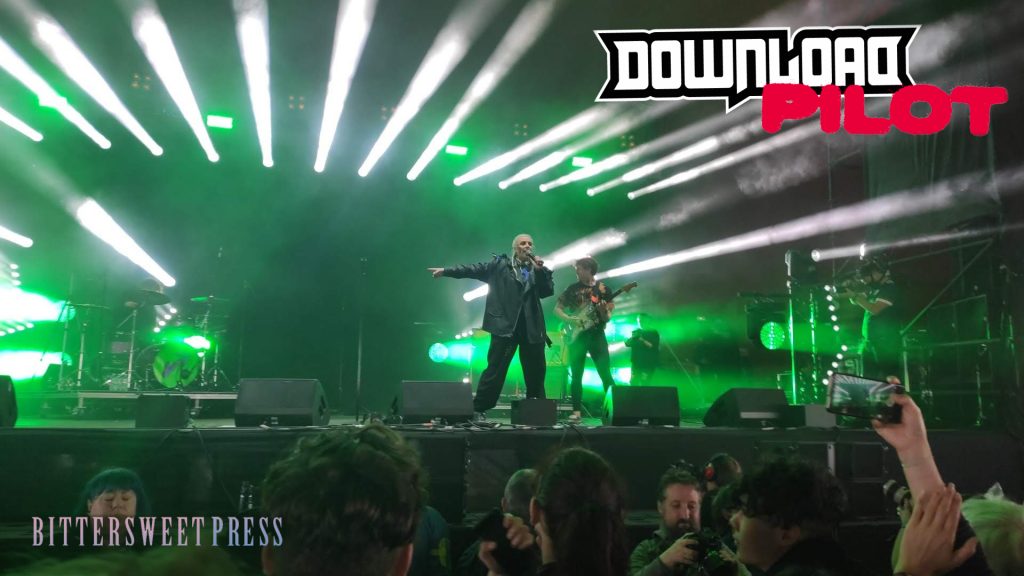 Despite a few technical hitches, Yonaka crack out an impressive set on the main stage. The group have released an impressive run of singles in the lead up to forthcoming mixtape Seize The Power (15th July), and the crowd respond eagerly to all of the fresh content. Setlist highlight: Punch Bag (with the sound on)

In the mood to break up your afternoon with some cowboy-esque tunes? Those Damn Crows have us covered with their dinner-time set at the second stage. For those in the crowd who appreciate a more classic sound, Those Damn Crows deliver it well, sounding straight from the sprawling deserts of America rather than Wales. Setlist highlight: Rock N Roll Ain’t Dead

Tension hangs in the air… a rumble of drums… and then… “WELCOME TO THE SLEEPS SOCIETY!!”. While She Sleeps’ arrival is fittingly mighty, and their crowd even moreso. The hunger for movement is tangible, as everyone crashes into each other, clambering to crowdsurf, screeching their lungs raw. The set is dominated by tracks off of the new record, and, considering SLEEPS SOCIETY has been one of the fiercest releases of the year, it’s no surprise that each track is accepted with open arms. Loz Taylor’s voice is also on top form, growling gorgeously throughout. He recently told us that the tech-tinged Systematic was a track the band were looking forward to playing — and we must say, it is an absolutely glorious set closer. Setlist highlight: Systematic

From their cataclysmic sets in festival tents prior to the release of Eternity, In Your Arms to the headline slot of the second stage tonight, Creeper’s rise has been a true spectacle. The theatre they no doubt had planned for last summer’s magnum opus Sex, Death and the Infinite Void has been put painfully on hold, but tonight, in the advent of new EP American Noir, they bring the drama. Hannah Hermione in a wedding dress, Will Gould throttled by an American flag, pyro, the band’s astounding presence – Creeper are at their best and they’re here to promise even more. Every track from SD&TIV goes off like a bomb – fans have been waiting to hear the likes of Napalm Girls since the second they hear the first chorus, and closing with Annabelle’s festival debut is a ballsy but brilliant move to cement the new era – but all the theatrics don’t detract from the classics – Misery’s iconic bridge is a scream of catharsis, and feels like the band’s true homecoming. Setlist highlight: Misery 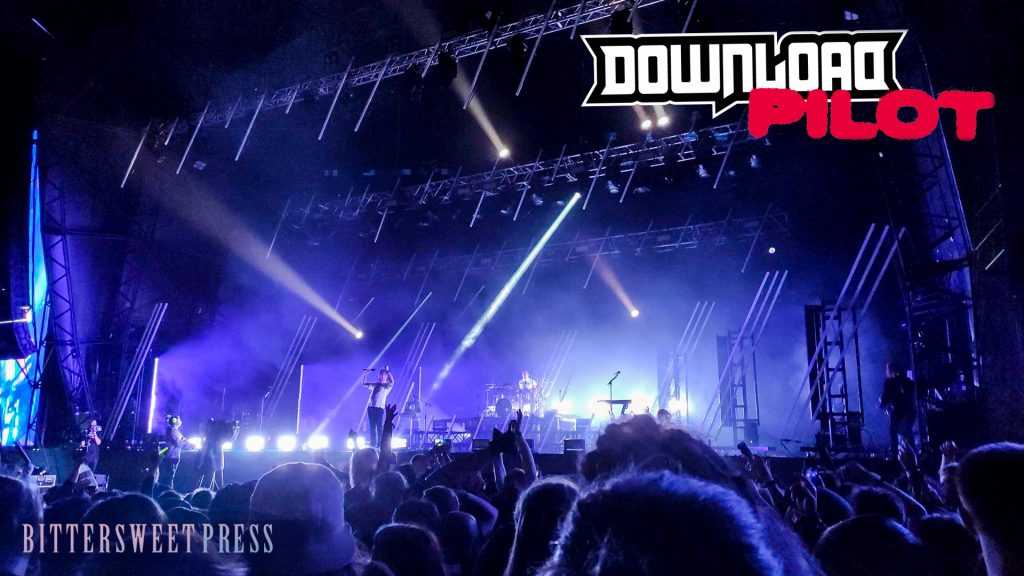 True to its name, Drownload decides to bless Enter Shikari’s set with a sprinkling of rain… but nothing can stop Shikari from doing what they do best. The rain instead seems to heighten the crowd’s senses, encouraging a carnal energy no other set of the weekend is quite able to match. It feels like a release to finally hear songs off of Nothing Is True & Everything Is Possible live, and they feel so much sharper, thriving with that staple Shikari shimmer that recorded tracks never fully capture. Every moment is perfection; from the chaotic calls of Sssnakepit’s “come and join the party leave anxieties behind!” to the liberating weightlessness of screeching Mothership from the top of someone’s shoulders, this is a set rooted in human connection, in simply taking in your surroundings and leaving all inhibitions at the door. Setlist highlight: Zzzonked

Check our reviews of Friday & Sunday.