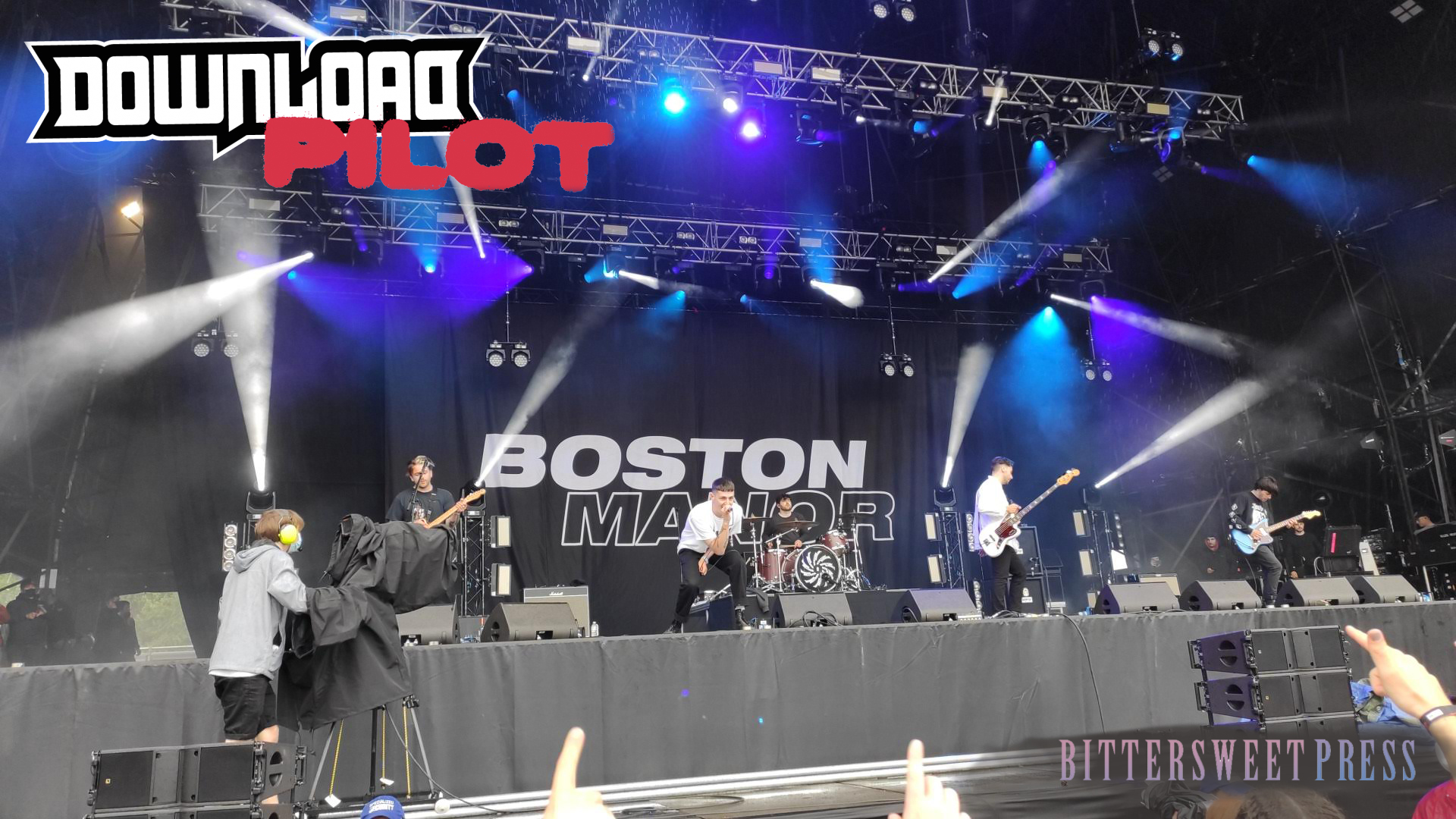 As we stand in Aldi grabbing various cans of sweetcorn and spaghetti hoops, we take a moment to pause… This is real. We are genuinely about to go to a festival for the first time in nearly two years. The wait has been painful, the mental equivalent of scratching notches into a wall day in, day out, but it’s finally time. Download Pilot appeared entirely out of the blue, set on answering all of our prayers; with a line-up featuring some of the best music the UK has to offer, this is just the trick to kickstart the music scene. So many bands we’ve fallen in love with, so many new albums, so much fresh blood… and we’re hours away from indulging in it all. Download… we’re ready for you.

No one could embody the weekend we’re about to have better than Death Blooms, who kick it all off. After a thorough soaking and a battle against the elements to get our tent propped up enough to keep our possessions dry, it’s a manic sprint through mud and wind to elbow our way into the already-packed tent to catch Death Blooms’s triumphant arrival – but what an arrival. Death Blooms absolutely storm through their set, mosh pits as riotous as you’d expect from the very start. There’s something liberating about the rage packed into tracks from this year’s Fuck Everything EP, their most snarling, nihilistic release yet, and feeling the best we’ve felt in years. Setlist highlight: Gore

The mixed blessing that is Download’s no-break no-clash set timings is immediately evident as after a moment of revelling in what just happened at Death Blooms, the entire crowd turns and starts speed-walking towards the main stage, where Hot Milk are just moments away. They’re one of the fastest rising pop-punk acts on the scene, and they perform like it. Han is magnetic as she belts out the tunes alongside everyone in the crowd; not even the relatively brand-new I Just Wanna Know What Happens When I’m Dead is immune – they open the set with a highlight, getting anyone who doesn’t know Hot Milk yet ready for a set packed with an addictive blend of cutting-edge electro-pop-punk and classic singalong hooks. Setlist highlight: I Just Wanna Know What Happens When I’m Dead

Back out in the rain, nothing could dampen the spirit of Boston Manor’s energetic set. Everything Is Ordinary announces the alt rockers’ arrival, and the crowd responds the only way they know how — pits, pits, pits. Tracks off of the album’s latest release, 2020’s Glue, are accepted with just as much ferocity as the group’s older emo pop, everyone eager to scream their hearts out with every push and shove. Setlist highlight: Everything Is Ordinary

Hot(ish) off the release of The Greatest Mistake Of My Life, Holding Absence are returning to the stage riding a massive high. Frontman Lucas Woodland is nothing short of stunning – Holding Absence have a powerful back catalogue of anthems, but they’re even more transfixing in their live setting. For every gritty riff, there’s an ethereal pause; the verses are emotive and the choruses soar around the tent – no heart is left untouched, and no one leaves the tent unconvinced that Holding Absence are one of the most impressive acts they’ll see this weekend. Setlist highlight: Gravity

As the opening chords of Sonderland ring out and Neck Deep take to the stage, an almost hypnotic haze descends over the crowd. Neck Deep are famed for their ‘generic pop-punk’, so of course their live shows are the quintessential scream-along-to-every-word party, and Sonderland’s live debut is no exception. It sets the tone for the escapism of Neck Deep’s set, be it the feeling of community as everyone yells along to Gold Steps, the feeling of nostalgia in the hallowed chords of December, or the catharsis of new cut Sick Joke. Neck Deep don’t quite milk the potential of new record All Distortions Are Intentional as much as they could have done, but they returned to the stage with a start-to-finish fan-favourite festival smorgasbord, so what more can we ask? Setlist highlight: Gold Steps 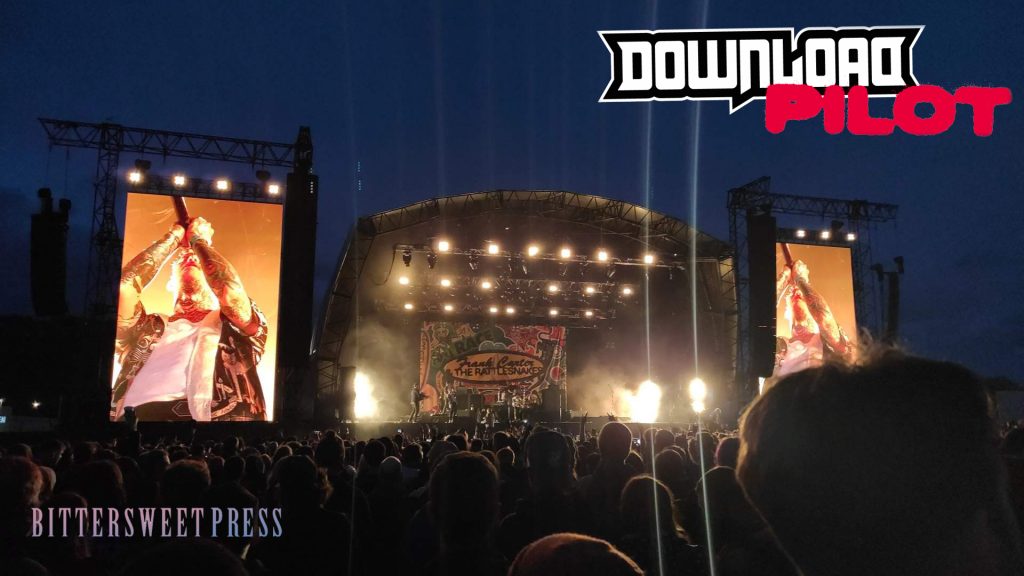 Frank Carter & The Rattlesnakes close off the Friday in absolute style, of course. Carter is the perfect frontman, bursting with charisma and able to rouse every member of the joyous crowd. The group’s repetitive lyrics and sharp punk hooks allow everyone to get involved, resulting in a sea of full-bodied screams for I Hate You and Crowbar. Knocking out some Rattlesnakes staples, like Wild Flowers’ “GIRLS ONLY!” pits and a hectic circle-pit round the sound tower, the set is a non-stop thrill ride. Setlist highlight: Kitty Sucker

Check our reviews of Saturday & Sunday.