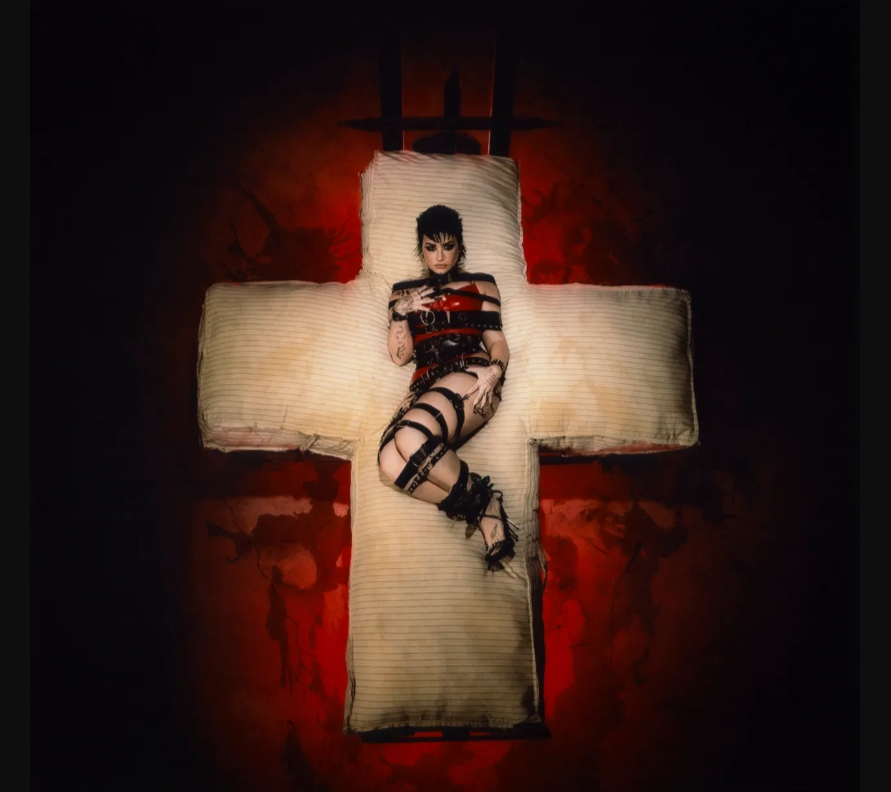 Demi Lovato’s HOLY FVCK is a rock tour-de-force with the perspective that only a popstar could bring – a confident statement from Lovato set to see them paid their dues as one of the most versatile talents on the scene.

HOLY FVCK sees Lovato well and truly entrench herself within the new guard of pop-rock. Of course, she’s no stranger to a heavier-tinged, Disney-dark sound, having experimented with rockier textures across a wide-ranging back catalogue (which paved the way for a generation of converse-with-my-prom-dress wearers in the early 2010s, of course). Choice collabs with current frontrunners – Yungblud, Royal and the Serpent, and Dead Sara, covering every echelon of pop-rock’s fastest rising stars. Yungblud, in particular, is fellow Disney alumni, and teams up with Lovato for FREAK, which opens the album with considerable bite as the pair mutually exorcise the frustrations of life under the microscope lens of fame.

Without a doubt, Lovato excels the most when she’s at maximum emotion – sensation and definite highlight 29 is the apex of the album, and of Lovato’s vocal performance, which soars over a relatively restrained instrumental. Widely suggested to be written about Lovato’s previous relationship with Wilmer Valderrama, who was 29 when they met (and Lovato was 17), Lovato pours out a tidal wave of emotion through subtly strained, audibly emotive delivery. Similar heights are reached on the likes of chillingly airy closer 4 EVER 4 ME, and the moody earworm of SUBSTANCE.

Lovato’s rockstar moment snarls out of the gate in the title track – they can’t only do tolling, dynamic high notes, they’ve got something vicious and swaggering ready to unleash too. The meaty guitar lines aside, HOLY FVCK sees Lovato giving it all that in gravelly tones, somewhat akin to Miley Cyrus’s stylings on her rock opus Plastic Hearts. It’s the most distinct difference we hear on the record from Lovato’s usual pop-rock, trying something fresh in a slightly different direction, and it suits.

That said, though, Lovato isn’t out to prove they can do rock, or totally reinvent herself, or anything so grandiose. A lot of the catharsis we hear on HOLY FVCK just comes from the sound of Lovato having fun, writing the kind of music you’d want to jump around and sing along dramatically to. Having written some of the best pop songs of the last 10 years (Cool for the Summer remains a classic), their knack for a hook is intact, and shines on CITY OF ANGELS, HEAVEN, SUBSTANCE… the whole album over is tinged with pop infectiousness even through the darkness.

HOLY FVCK sees bright-eyed hope and optimism shone through a foggy lens of real life, struggle, and life experience. It’s a wonderfully successful foray further down the rocky path for Lovato, and most of all, feels really authentic in all it does.

HOLY FVCK is out now.