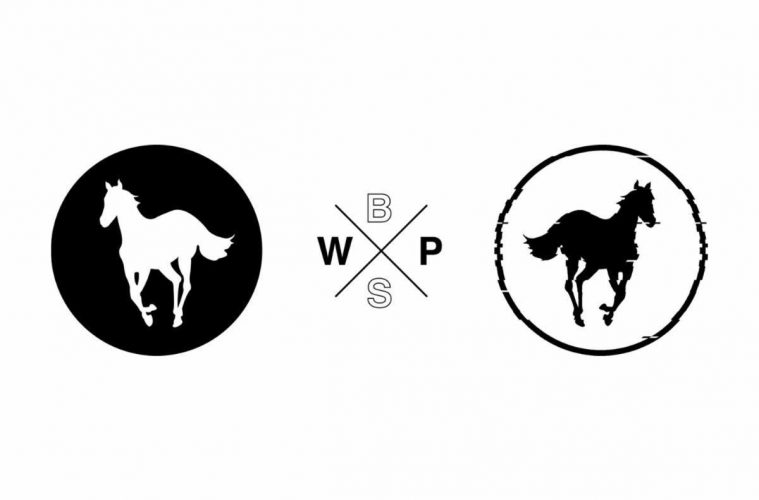 White Pony is one of the most important albums of the 21st century – not only did it solidify Deftones’ position as rock royalty, but White Pony undoubtedly changed the alt metal landscape forever. Its harrowing, experimental soundscapes still slice into the listener, a timeless encapsulation of raw emotion that still holds up two decades on. This is an album that refuses to be left behind – which is exactly why, 20 years on, the band are releasing a deluxe edition with a new, re-imagined collaborative remix for each track. With the remix release Black Stallion, as well at the stunning September release of Ohms, it’s fair to say that 2020 has truly been the year of Deftones.

It’s immediately clear that Black Stallion is a dark horse – Clams Casino’s remix of Feiticeira is far more brooding than the Feiticeira we know and love, almost frightening in its pulsingly dark energy. Right out the gates, this feels like a transformation, able to draw an entirely new, distinct sound from the original material. Paul Salva’s remix of Rx Queen takes a similar route, morphing the original, raw source material into an almost vampirific, neo-noir fusion of electronic beats and distorted vocals. The sound is so drastically different from the original, yet still entirely captures Deftones’ sonic energy.

Other remixers also change songs drastically, and the result is always satisfyingly unique, even when the sound is far less raw than the original. Tourist’s version of Change (In The House Of Flies) is remarkably softer, almost sounding like a 1975 interlude in parts, with a sprinkling of lofi, pulsing synths. Teenager is one of the least drastically touched on the album, yet Robert Smith is able to strip the song back to create a much more poignant, floating, ethereal soundscape – a soundscape that the drastically altered Street Carp, tackled by Phantogram, also thrives within.

Phantogram’s work on Street Carp highlights exactly why Black Stallion is so gorgeous. The remixes can sometimes feel similar, but the tracks that feel entirely fresh are fabulous. Purity Ring do an amazing job re-imagining the iconic Knife Prty, for example; as intimidating as it may be to breathe new life into such an iconic track, the remix of Knife Prty is almost more effecting than the original. With a powerful, trance-y soundscape, this version feels intimidating, menacing – and when those high-pitched vocals come in chanting ‘go get your knife, go get your knife’, you can’t help but feel a sense of unease. This version feels more like a horrifying, unsettling descent into madness – and it’s absolutely brilliant.

Speaking of intimidating tracks to tackle, closing track Pink Maggit must have been the most intimidating of the bunch – this is an epic of a track, a closer that never fails to enchant and mystify any listener. And… well… Squarepusher definitely shifted the tone in their version, to say the least. While the original feels like a meltingly soothing, shoegaze-heavy anthem, this is exactly the opposite. The track somehow feels wrong in every single way – Chino Moreno’s vocals are chopped, distorted and frazzled, while the song feels like the sonic equivalent of a computer error. The listening experience shifts from calming to extremely unsettling; Squarepusher have somehow sonically captured the sensation of having a panic attack. But… that doesn’t make it bad – it’s actually remarkable. It makes the listening experience something you cannot escape from, deeply immersing you within the track’s texture. This is definitely something Deftones would want from their music, something this experimental, jagged and harrowing.

Black Stallion is proof that Deftones will never stop experimenting with their sound, even if it means going back and begging others to entirely morph their back catalogue. This is the perfect way to celebrate an absolutely mindblowing album – don’t hesitate to pop on your favourite track’s remix and note the re-imagined world it now exists within.