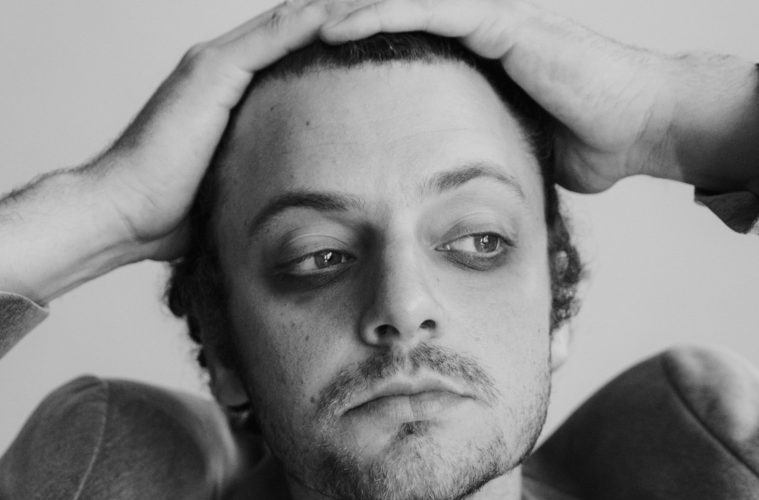 As end of year roundups begin to surface, and 2020 FINALLY edges towards its end, here at Bittersweet we can’t even begin to think of slowing down. That’s because more than a handful of AOTY contenders have yet to hit the shelves, including our explosive final Band of the Month this year, the inimitable grandson.

Throughout the year, grandson’s been winning the scene over with his all-encompassing hybrid-rock magic, from the woozy acoustics of his TEXT VOTER series to the gritty electro-hardcore that saw him poised to support A Day To Remember at their huge Slam Dunk shows (rip). Even just the singles ahead of Friday’s Death of an Optimist promise that grandson’s intricate amalgamation of rock-meets-everything-else is alive and well and fiercer than ever on his much-anticipated debut album.

It’s not just the sonic boom of grandson’s instrumental that’s red hot. Consistent across every track, gentle or brutal, is grandson’s unflinching engagement with the tumult of the world around us. And in a year like 2020, there’s been more ammo for his writing than ever – he’s tracked the US election and the ensuing need to keep momentum up from TEXT VOTER all the way to latest cut We Did It!!!, and that somehow barely scratches the surface of what could be coming on Death of an Optimist. Based off that album title, grandson might not be looking positively at what’s next, but based off what we’ve heard so far, we know there’s at least one thing looking bright coming round the corner.

Death of an Optimist is out on Friday.