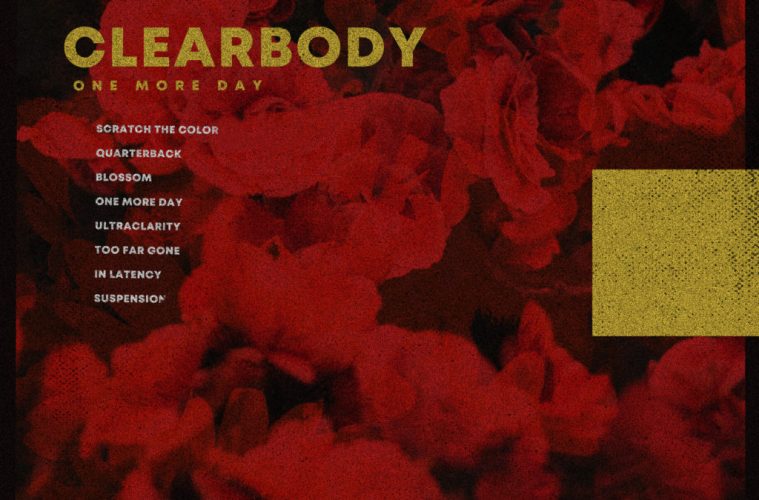 Clearbody have undergone a pretty impressive transformation – formed as the effervescently loud punk band Dollhands in 2019, they’ve slowed it down and turned it up in becoming Clearbody. Their debut album under the new name, One More Day is a staunch, powerful sonic presence that marks out Clearbody as a darkly promising new dawn.

At just eight tracks and 25 minutes long, One More Day is the grittiest iteration of short and sweet possible. It’s short, but it packs a severe punch in the sub-half-hour time, full to the brim with grimly reflective basslines, classically emo melancholic vocals, anthemic howls and slow-burn, gut-wrenching build. Every track brings an essential kick to the record, from the previously-Dollhands banger Quarterback freshly grunged-up to the sprawling title track to the blue acoustics of penultimate track In Latency.

Clearbody draw on the twisting, expansive sounds of shoegaze, but spruce it up with a uniquely pacey, urgent take. One More Day looks like a punk album with its short runtime and three-minute tunes, but far from fast and furious, the record creeps up and drags you in. The record spirals down, from the opening jam Scratch The Colour with its singalong hooks and rapidly swooping melodic intensity all the way to the delicious trudge of Suspension, the record’s vast closer.

Pretty much every song on One More Day could be a single – it’s a true technicolour whirlwind through all the influences Clearbody draw on. The real highlights come when the band manage to simultaneously do what they do best (guitar music with tangible energy and feeling) and change the gears completely, exemplified on tracks like Blossom. Clearbody hiss and buzz through the dense guitar section with a gloom-punk melody that’s just catchy enough to sway along without diluting the pure emotion, evident in the harrowing stripped-back bridge.

One More Day is more than a statement of intent – it’s a point Clearbody have arrived at after toiling away at their musical craft, and developing their sound into something really them. They’re dark, they’re dreamy, and One More Day is testament to the big places they’re going.

One More Day is out now.