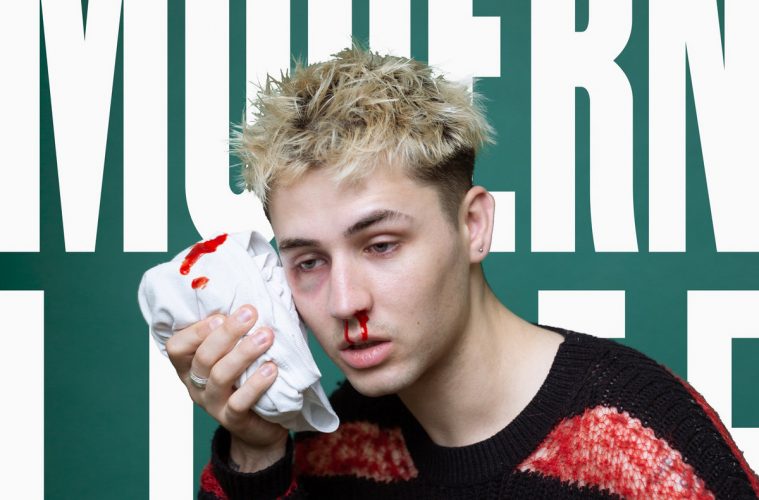 Meet Clarence & The Modern Life – the new moniker of Louis Matlock, who’s back with a bang. Eerie tones and funky discordance meet something altogether more futuristic for a genre-bending debut bursting onto the scene with intent. Formerly of the hotly-tipped, greatly-mourned Dead!, who broke up in 2018 just after releasing their own stunning debut, Matlock is no stranger to being at the forefront of alternative breakthrough acts, so Clarence & The Modern Life is already set to be something really exciting.

The first thing that’s immediately obvious about Modern Life is how much is going on here – the first thing we hear is a crisp bassline that’s so groovy it could practically be the main melody line, which remains the funky foundation of the track throughout even as it’s layered up with haunted house effects and wavering synth noise. The hints of piano and altogether jaunty vibe inject Modern Life with a pleasing retro feeling even as Matlock’s vocals are put through a blender of autotune and fuzz, his spoken word pulsing through the instrumental on a driving monotone for the majority of the track, just one part of the melee of melodies we have going on.

There are moments when the harmonies feel almost festive as bright as they are, but this crumbles into spooky discordance quickly. There’s a similar unrest in the lyrics, which tear to shreds the ‘joys of the modern life’ with a bitingly self-aware tone. Through the production and construction, Matlock puts across his nihilistic message in a way that’s equally catchy and unsettling. It’s a groovy introduction to an artist we know gets up to great things, and we’re excited to see what’s coming next!

Modern Life is out now.