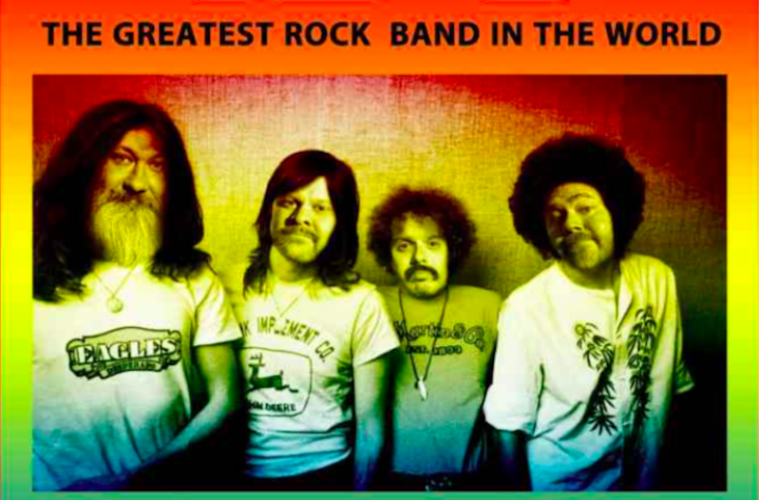 Some bands’ sounds are so brilliantly identifiable that one riff will have you bubbling inside, near feral with energy, grabbing a skateboard you didn’t even know you owned and jumping up and down – of course, we’re talking about Bowling For Soup. Latest release Already Gone may well be a cover of an Eagles track, but it’s so quintessentially them that it barely registers as such, happily familiar and instantly infectious.

Pop-punk is a genre for summer, for outdoor revelling and playing your music loud. And Already Gone brings the sunshine from its three opening chords, announcing the arrival of “The Greatest Rock Band In The World”. The verse kicks in following a classic vortex exploding into a climbing guitar line that rumbles underneath and above Jaret Reddick’s oh-so-recognisable vocals, and it’ll have you bopping along in absolutely no time.

BFS’s iconic bops – 1985, Girl All The Bad Guys Want, Almost, the list goes on – are all immensely satisfying to scream the lyrics along to, whether you’re at a festival or in the cramped basement that is your favourite emo club (shout-out Key Club, Leeds!), and their cover of Already Gone’s greatness comes from the fact that you barely even have to listen to it before you’re twitching to join in. The familiarity – both knowing the Eagles track and the comforting warmth of BFS’s sound – is what injects the song with it’s vitality. It’s just been made delightfully Bowling For Soup.

Bowling For Soup are no strangers to making banging covers, with whole records of them under their belts, and their mastery is at its peak on Already Gone. Bowling For Soup prove whether it’s punk goes pop, punk goes to the movies, punk goes anywhere and they’re nailing it.

Already Gone is out now.