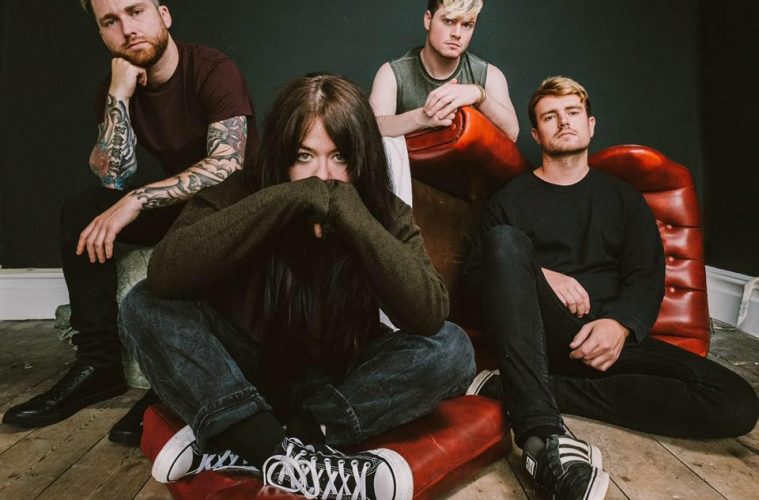 When it comes to women in rock, nobody comes quite close to Dream State’s CJ Gilpin. A post-hardcore goddess, this woman can scream and command a crowd like nobody’s business. Gilpin and Dream State are able to dominate any stage they step foot on, and with both a tour and debut album release this month, these Welsh rockers are definitely going to be dominating the month of October too.

Hand in Hand and Primrose have been two of our favourite singles of the year, so it’s safe to say that we’re a LITTLE bit excited for the release of Primrose Path on the 18th. Dream State are a true credit to their genre, pumping out some of the most iconic post-hardcore anthems of the past few years (have you HEARD New Waves!?), so it’s safe to say that Primrose Path is going to become a classic, staple rock album almost immediately.

When it comes to their live show, Dream State are also in a realm of their own. Their crowds are a mass of exhilaration, and the band respond with just as much raw energy. We were absolutely floored by their performances at 2000Trees and Reading Festival this year, so their tour is definitely not one to miss; They’re playing Manchester, Birmingham and London to name a few, so if they’re making a pit stop anywhere nearby, grab yourself a ticket!

If you’re in the mood for some fresh, fiery tracks, definitely welcome Dream State into your life – you won’t regret it.

Primrose Path is out on the 18th October via UNFD.