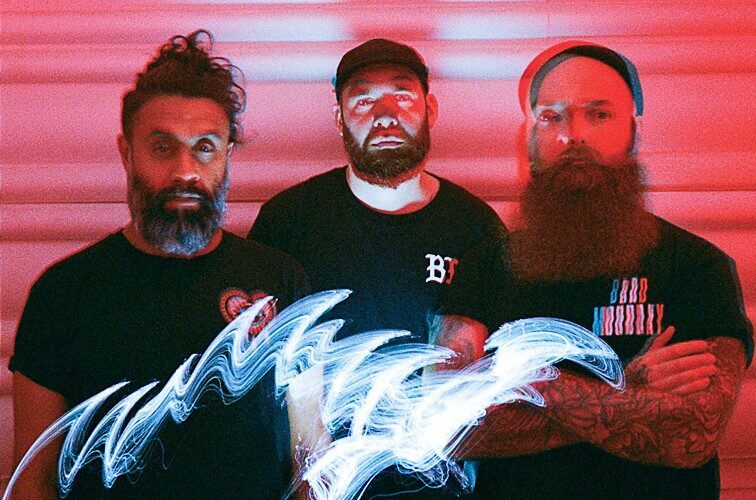 Why not start your 2020 off with something a little different? If the word ‘grime’ doesn’t arouse some kind of primal reaction inside of you, then we’ve got the act to change that. With their self-titled debut set to come out on the 31st, now is the perfect time to welcome punk ‘n’ bass grimers PENGSHUi into your life.

Last year the punk trio gave us some phenomenal singles – the hardest metalhead would be unable to resist the circle-pit inducing Nobody Cares, and the attitude-drenched No Joke could seduce anyone into bopping along. Friday is the final single release before the full album drops, and Wiseman is only further proof of how gloriously ferocious PENGSHUi’s debut is set to be.

But don’t just take our word for it – Kerrang! have even crowned them as their Fresh Blood, choosing them to headline their 2020 Fresh Blood Tour in March with support from Kid Bookie. Their live show is wild, so definitely nab yourself a ticket if they’re stopping somewhere near you.

PENGSHUi are on the rise and simply too loud to ignore. The trio are only going to grow and grow from here on out, so now’s the time to get involved… but then again, if you don’t like them, they probably don’t like you either.

PENGHUI is out 31st January.