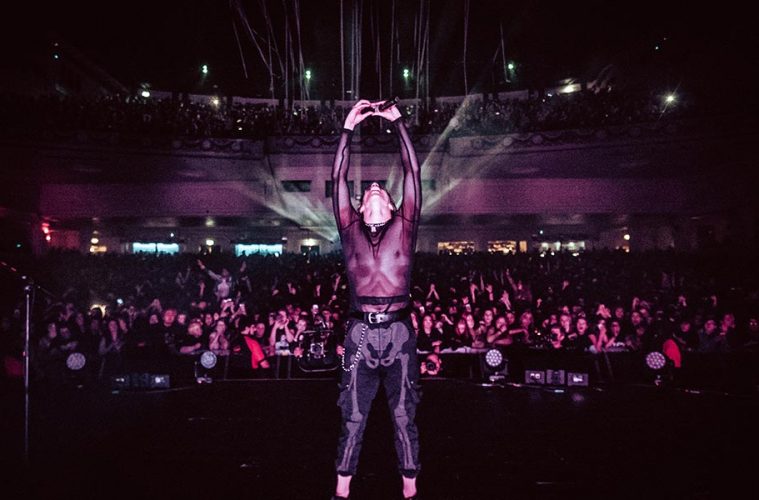 They say good things come in threes… Well, it must be true, because Yungblud is hitting Kentish Town Forum not once, not twice, but three times on three consecutive nights later this year. And then he’s zipping off to Nottingham for a night at Rock City – before coming back for two MORE nights in London. Okay, maybe good things come in fives?

We can’t wait for our favourite Doncaster loudmouth to take over London town; in fact, we’re so excited that we’re making him our Band of the Month for February (just in time for Valentines Day, that’s how much we love him!). He’s giving us a V-day treat too, with a show at Camden Assembly next Monday, sure to be as raucous and relentless as the man himself. And it’s for a great cause! As part of the Brits’ War Child event, tickets are raffled and auctioned off in aid of children affected by conflict – the likes of Enter Shikari and Bring Me The Horizon are among other War Child gig alumni, and the gigs are always intimate, mega-special, and of course a great way to support a charity doing really important work whilst seeing the artists you love best.

He’s been churning out bangers including high-profile collaborations with Blackbear, Dan Reynolds of Bastille, and Marshmello – so could an album be on the cards for 2020? We certainly hope so. In an ideal world, he’d release it on Valentines Day and dedicate it to Bittersweet… but we’d take anything in time for festival season!