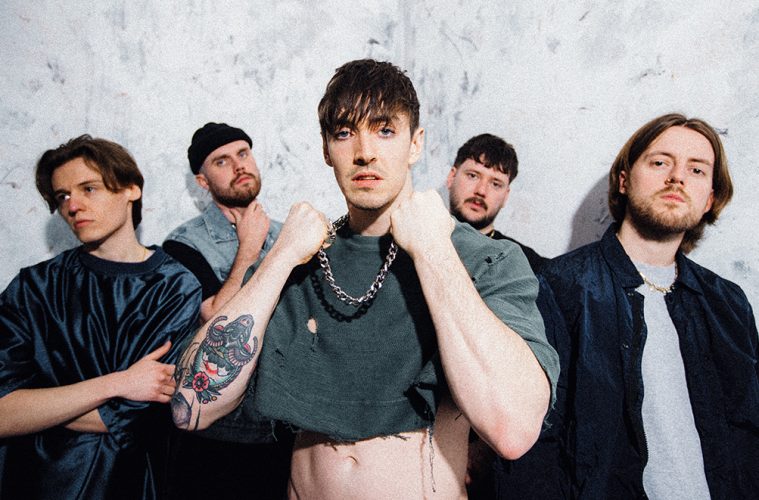 There are what feels like hundreds of huge bands bringing out mega records this month. So how could we possibly choose just one? It’s not an easy task. But one band is releasing a record that we have on good authority (ours!) is insane live, has not shown a single slow moment so far, but most importantly, sounds like the band are about to completely redefine themselves. That band is Trash Boat, and that album is Don’t You Feel Amazing?, coming next week, and it’s a guaranteed scorcher.

Their Download Pilot set unleashed the otherworldly power Don’t You Feel Amazing? is set to wield – He’s So Good has been a firm fan-favourite since its release, and it was received with the same intensity as the likes of Strangers. Trash Boat’s classic pop-punk sound is guaranteed to rile up a crowd and get a mosh-pit going, and while they’re transitioning away from the quintessential pop-punk blue-print, they’ve definitely maintained this energy.

Across the rest of what we’ve heard so far, Trash Boat’s transformation is formidable and exhilarating. Following in the footsteps of bands like Boston Manor and fellow UK alt-rock royalty, they’ve diversified their riffs from singalong jams into angsty jewels, keeping the catchy and adding some glinting depth. Don’t You Feel Amazing? also boasts a feature from Wargasm’s Milkie Way on Bad Entertainment – who better to have on a boundary-pushing record than someone whose entire career so far has consisted of totally smashing them down? Trash Boat are making some thrilling noise right now, so bring on the album.

Don’t You Feel Amazing? is out August 13th.