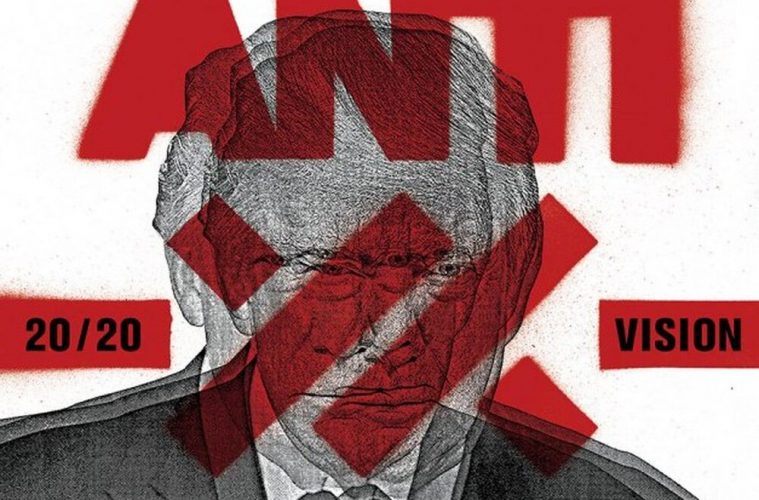 If there’s one thing we can rely on Anti-Flag for, it’s seething, vicious punk that doesn’t shy away from the most prominent topics we’re facing today – and they’re delivering with the same strength in 2020 as they have their whole careers.

The album starts strong: singles Hate Conquers All and It Went Off Like A Bomb, well… go off like bombs. Exploding into a whirlwind of riffs and searing, yelling vocals, sound-bites of Donald Trump undercut the beginning of the album, grounding us heavily in the rough political climate we’re inhabiting. But Anti-Flag have structured the album to give us hope – following its harsh opening, the Pittsburgh punk veterans (no American nationalist connotation to that word in this context!), throw us no less than five call-to-arms anthems. The optimism of 20/20 Vision’s “carry on carry on” refrain, the rousing riff, the positivity of the vision we’re aiming for is continued in Christian Nationalist, a refusal to back down in the face of the historical dominance of people like President Donald Trump. He’s not explicitly named in this one, but it’s hard not to hear the gang vocals uniting to sing “we all know who you are” and not think of uniting in the face of America’s dire political situation. Anti-Flag’s tribute to Margaret Attwood (Don’t Let The Bastards Get You Down), the staunchly positive Unbreakable, and angry yet empowering The Disease prove that Anti-Flag believe in the fight yet to be fought, despite everything pushing back against us.

It’s not all good vibes though – we need to remember that there’s definitely a lot of fight left to go. And A Nation Sleeps tears up the middle of the album – vocalist Justin Sane snarls atop incendiary guitar lines, the song crashes and roars and laments the “commute, sleep” monotony of a nation that isn’t fighting back. You Make Me Sick is, as the title would suggest, similarly irate – in no uncertain terms, it’s drilling its message with repeated rhymes you can easily imagine hearing at a protest.

Anti-Flag are brilliant at writing protest songs, both ferocious and inspiring to action, but on penultimate track Un-American, they strip it back – to great effect. The acoustic guitar and bluesy, melancholy overlaying notes sound like an homage to the American country genre, and the lyrics, in keeping, mourn the American dream. It’s poignant and moving, but the pacey, almost military, drums that come in at the end keep us looking onwards and upwards.

Resistance Frequencies rounds off the album with one of the most confident, optimistic sounds on the whole thing – the brass gives the song a victory feel, more gang vocals and catchy refrains mean we’re all feeling united and drawn together as we continue to resist.

It’s hard for a punk band to change up a sound that’s characterised by being fierce and simplistic, especially when you’ve put out such a big catalogue of work, and AF have stuck to what they know here. But they’re not here to push musical boundaries and make waves in the technicalities of it – they’re just here to push boundaries, and make waves. And on 20/20 Vision, that’s what they achieve.

20/20 Vision is out now, and tickets for Anti-Flag’s upcoming tour are available here – they’re as powerful live as on record, so don’t miss out.