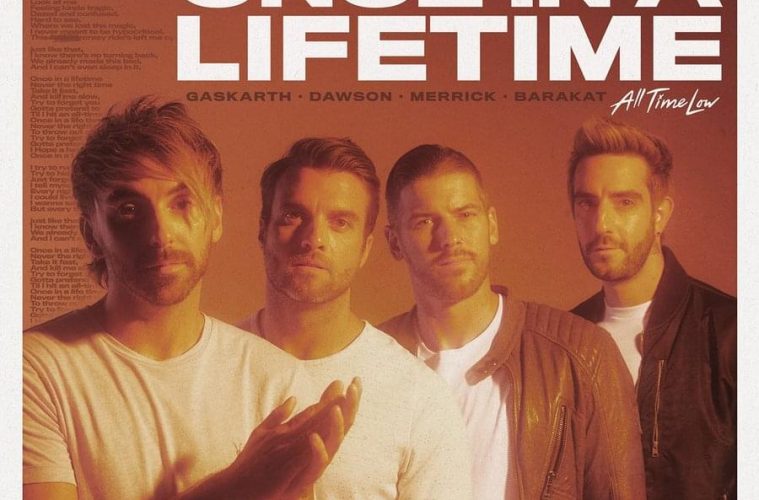 All Time Low – Once In A Lifetime

All Time Low, Once In A Lifetime
Fueled By Ramen

OK. We know that All Time Low have been icons for at least ten years now, WE’VE been seized by joy at the sound of that cough for as long as we can remember, and to quote the TikTok that saw the new generation descend upon Baltimore pop-punk royalty, IT WAS NEVER A PHASE! But All Time Low’s nostalgic viral explosion has given way to a lot of reflection from both the band and their longtime fans, spawning new single Once In A Lifetime – and it feels like a milestone for a band who we thought had checked off every milestone.

They’ve been a band for almost 20 years and managed to avoid getting stale, proven on last year’s brilliant Wake Up Sunshine, a record that managed to hark back to the inimitable energy of four scrappy high school friends in a garage, AND propel All Time Low closer towards being pop stars than they’ve ever been (collab with Demi Lovato, anyone?). The classic charm that saturated Wake Up Sunshine is all over Once In A Lifetime, peaking in the fizzy riffs of the singalong chorus, but there’s hints of those pop sensibilities too, in the sharp production and the gentle groove of the verses. If Wake Up Sunshine was All Time Low condensing all the sounds of their career into one album, then on Once In A Lifetime, they’ve managed to do it in a song.

Once In A Lifetime also sees ATL demonstrate the same remarkable maturity that’s prevented them from losing their spark up till now. Peppered with tongue-in-cheek references to their own back catalogue, like nods to WUS on-your-feet highlight Sleeping In in the pre-chorus, as well as a conscious namedrop to their own bandname, Once In A Lifetime reflects on the lowest points of life, not excluding low points of the band itself. But, as we know and love ATL for, it’s ultimately an anthem to what’s getting us through our all time lows. Once In A Lifetime is a triumphant victory lap, a true celebration of everything that makes All Time Low great, commemorating what’s come before, and readying us for more.

Once In A Lifetime is out now.