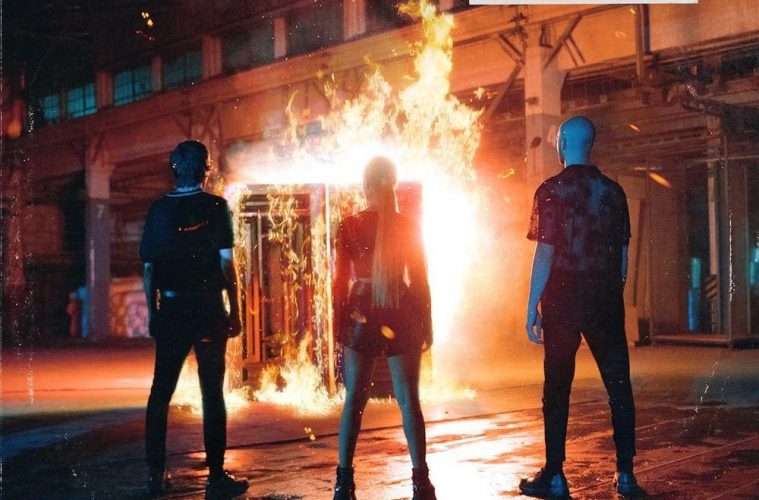 Against The Current – that won’t save us

Against The Current, that won’t save us
Fueled By Ramen

Pop-rock’s fiercest force of nature have been quiet lately. Poughkeepsie, NY’s Against The Current’s last record Past Lives came out way back in 2018, and though 2019 saw a vigorous worldwide touring campaign, we’ve not heard any new tunes from the trio in a while. But it looks like they were laying dormant to return louder than ever: that won’t save us is a pyrotechnic anthem to kick off whatever’s next for Against The Current, and we’re thoroughly hooked already.

As always, Chrissy Costanza’s searing vocals are the high point of the track. She swings from gritty and howling to gentle and crystal clear with remarkable agility, seemingly commanding the instrumental to follow her closely as she dips and dives through every level of energetic. It’s easy to picture her trademark magnetic stage performance, impossible to take your eyes off as she leaps around yet somehow delivers every note flawlessly – that won’t save us seems written to boom out across huge crowds, sky high and fiery.

ATC aren’t strangers to leaning into the heavier side of their sound, and they definitely tap into this in that won’t save us – but in all-new ways. Where previously they’ve used spitting riffs, heavy, addictive basslines, and just generally hitting quicker and louder to make their harder tracks, that won’t save us sees a newly refined brand of heavy ATC. twsu is an onslaught of sound pretty much all the way through (save for the hold-your-breath stripped back moments), densely built up using every layer of instrumental: crashing, soaring guitar lines, relentless beats and drum fills, and vocal layering to make a total anthem.

that won’t save us is a delicious reminder of what we’ve always known about Against The Current – they know just how to put together an incredible tune that hits as hard as it bangs. We’re glad they’re back.

that won’t save us is out now.